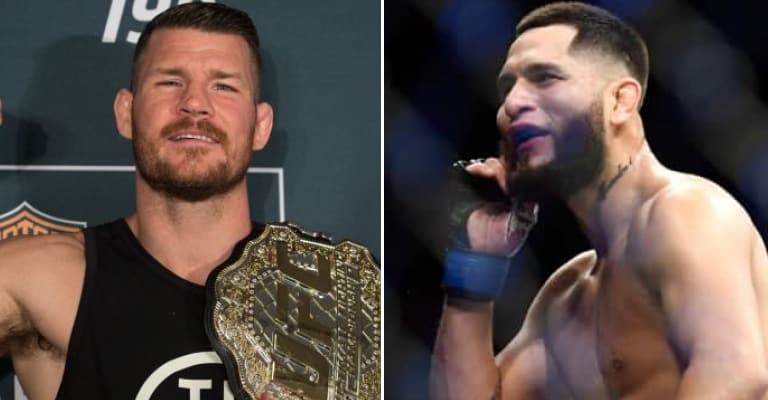 Middleweight champion Michael Bisping and top-ranked welterweight Jorge Masvidal both have two incredibly important bouts on the main card of tomorrow’s (Sat., Nov. 4, 2017) UFC 217 from Madison Square Garden in New York City, New York, but it’s starting to seem that they’d rather just fight one another instead.

After getting into a heated verbal confrontation in the days leading up to UFC 217 earlier this week, the two brash stars met face-to-face again at a photo shoot, and not surprisingly, the expletives started to fly once again.

The beef appears to be a genuinely real one, as it’s highly unlikely the two would ever fight in the Octagon given Bisping’s tendency to pick and choose his fights, of which he reportedly has very few left in his decorated career, very carefully.

Check out his second run-in with “Gamebred” courtesy of Abraham Kawa on Instagram right here: