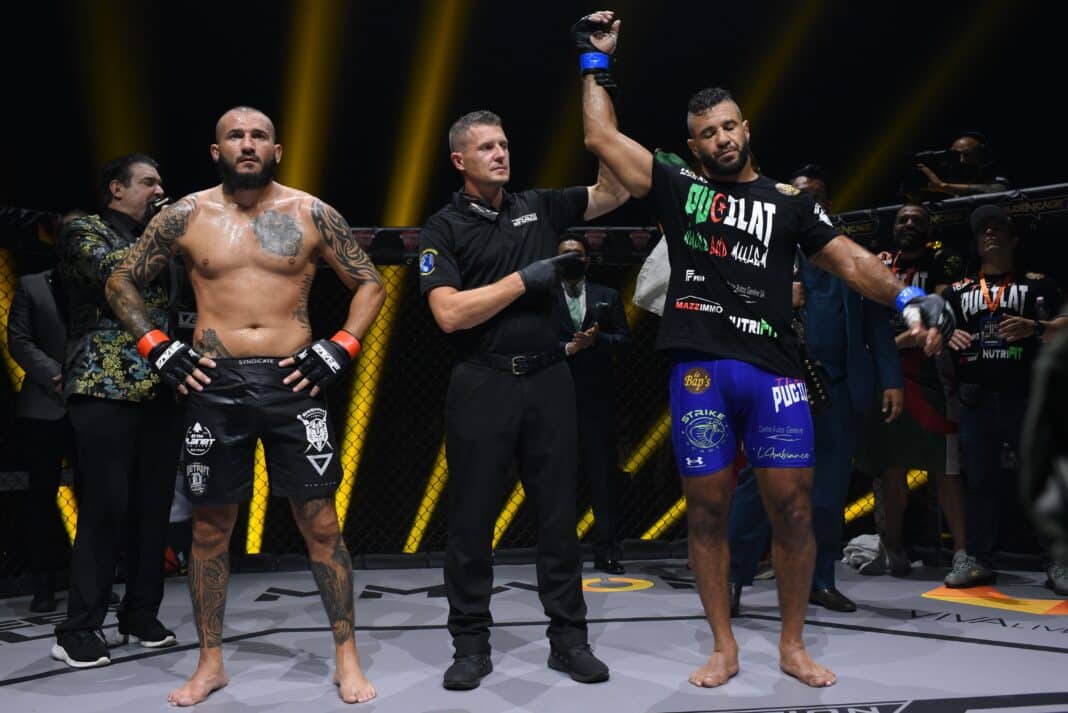 The rivalry between BRAVE CF’s Mohamed Said Maalem and Mohammed Fakhreddine looks set to continue following the announcement that their clash at BRAVE CF 52 (August 1) in Milan, Italy, has been ruled a No Contest.

The pair faced off in the main event of BRAVE’s first-ever Italian show for the vacant Light Heavyweight strap, with Said Maalem earning himself a first-round TKO win.

In a post-interview with Break Your Face, Fakhreddine, BRAVE’s reigning middleweight king, referred to what he deemed were illegal shots.

“I’m going to appeal the fight result, and I believe it will be ruled as a no contest. There were a couple of big shots to the back of the head. We’ll definitely run it back. That belt will be mine.”

The Italian Federation of Grappling and Mixed Martial Arts have agreed with him after investigating the appeal that was logged by Fakhreddine’s management on August 15.

“Following a thorough investigation and analysis, the Italian Federation of Grappling and Mixed Martial Arts deemed that the illegal strikes to the back of the head by Mohamed Said Maalem in the final sequence of the fight contributed to the stoppage of the match,” the FIGMMA said in their official statement.

Today’s news opens the door for a rematch between Fakhreddine and Said Maalem. The pair went back and forth on social media in the build-up to BRAVE CF 52, with ever-increasing hostility. The bout was billed as the most anticipated in BRAVE CF’s history, and a rematch between the two seems likely.