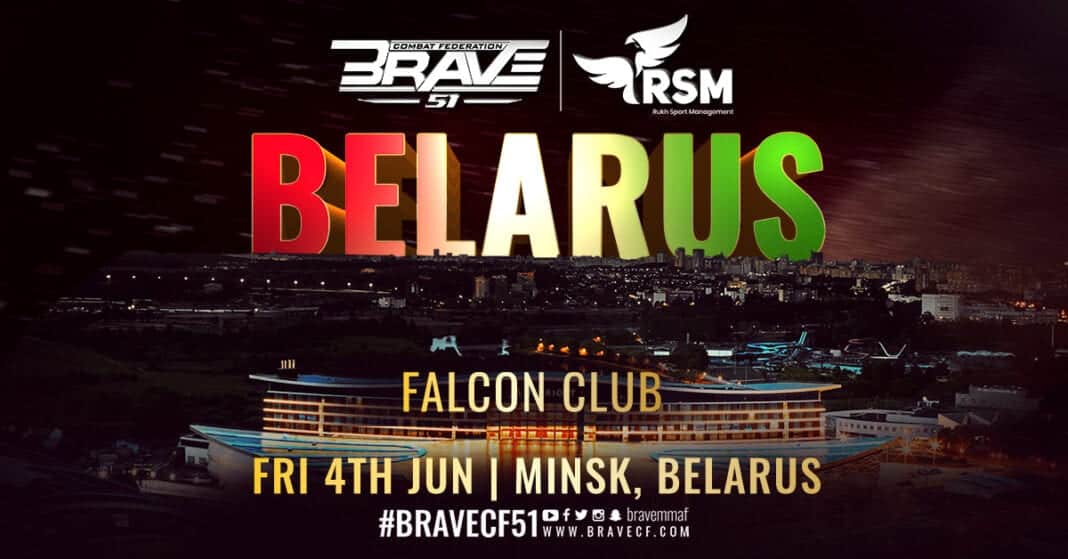 BRAVE CF is nothing if not ambitious. The Bahrain-based promotion has only recently wrapped up its Kombat Kingdom series, which saw the company hold four events over 21 days, and now it is set to host its first ever event in Belarus.

BRAVE CF 51 is scheduled to take place on Friday, June 4th, inside the Falcon Club in the host nation’s capital city of Minsk. It will be the 22nd country that BRAVE CF has held an event in and will be promoted in association with Rukh Sport Management, a local company that specializes in sports marketing.The company has prided itself on being what it calls a truly global MMA promotion, and today’s announcement is further indication that it means to live up to aims of helping grow MMA in new territories.

So far, no fights have yet been announced, but it should be too long before bouts start being released with less than seven weeks to go. This will be sixth BRAVE CF event of the year, with the promotion kicking off its 2021 campaign in Sochi, Russia.

LowkickMMA will be sure to keep you up to date with all the latest news surrounding BRAVE CF 51.