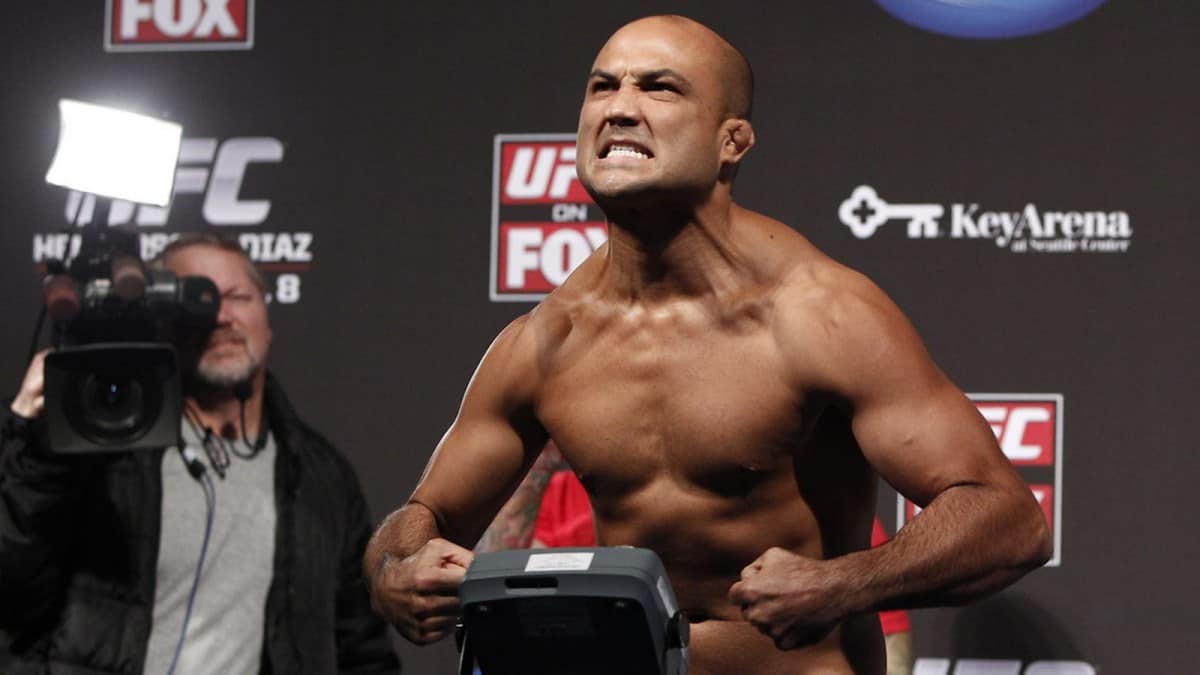 Penn’s return has now been postponed, however, after the Hawaiian legend recently came under some serious allegations.

A former writer of BJPenn.com and an apparent friend of the fighter has recently accused “The Prodigy” of sexual assault. The accuser has reportedly filed a police report, and claims that he has the evidence to prove his statements.

Penn obviously isn’t too pleased with the recent events, and his camp recently released a statement on the scenario, indicating that someone is trying to “extort” him (Via TMZ):

“In the almost 15 years that Penn has been a champion fighter there has not ever been any incident or allegation in regards to his conduct with women. He is a family man and father of two young daughters with a long term girlfriend. It is unfortunate that someone that BJ considered family is trying to extort him.”

The UFC also released a statement, saying that they too are launching an investigation on the matter.

Of course these are all just allegations as of now, and Penn could return to action in the near future, but he also could have a huge problem on his hands if any of this proves to be true.