LowKickMMA.com
Home UFC News BJ Penn Reveals What Would Bring Him Out Of Retirement 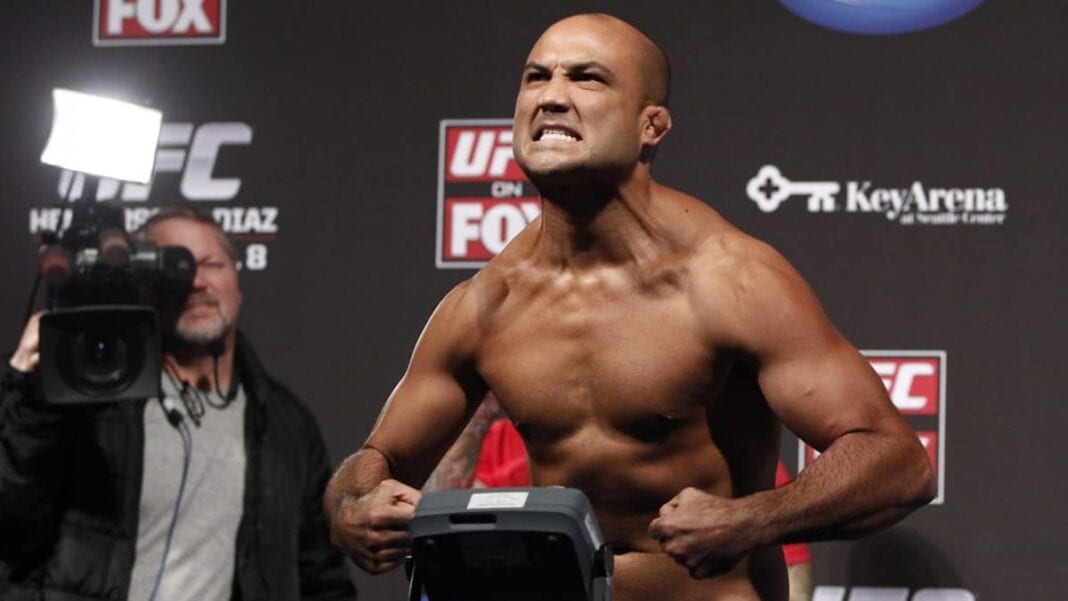 BJ Penn is one of the greatest MMA fighters of all-time, but it has been a rough ride for him over the last few years.

He has retired from the sport three previous times. Penn, who has been an icon to the MMA community, has won some big fights as a lightweight and welterweight in the UFC.

He even captured both titles in the weight divisions during the 2000s. By looking at his fight record, he has gone 1-7-1 since April 2010.

Just like every other fighter, there are ups and downs. Now, he is in the latter stages of his fighting career, which have been filled with disappointment.

He recently decided to drop down to featherweight, and it lasted for three fights. He was TKO’d by Frankie Edgar and Yair Rodriguez before losing a majority decision to Dennis Siver this past June.

Penn recently went on record by stating (transcript courtesy of MMA Fighting) that he would consider coming back for a fight in his home state of Hawaii.

The promotion may consider booking an event here due to Max Holloway holding the featherweight title.

If they did hold a show in the state then it would likely be at Honolulu’s Alohoa Stadium. Thus, the UFC Hall of Famer wants to be a part of the action.

“I wouldn’t go around talking to the UFC and asking them to get me a fight somewhere, but if something happened and the UFC came to Hawaii,” Penn told Honolulu television station KHON, “I’m still young enough to do it. I don’t see how I can turn that particular fight down.”

“That would be unbelievable. You see all kinds of rumors and stuff and the last time I was in Vegas I saw the MMA commission from Hawaii and someone representing Aloha Stadium up there so it’s interesting. I would love to see something happen. It would mean everything. Like I said though, I’m not even fighting so maybe I just sit back and watch.”