LowKickMMA.com
Home MMA News Barnett: McGregor Was “Insulting The Sh-t” Out Of Ronda Rousey At “Go... 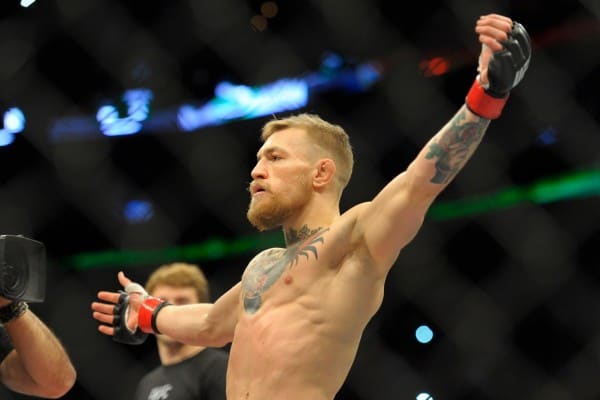 Speaking on a recent edition of the MMA Hour, however, “The Warmaster” found himself talking about a hot commodity in mixed martial arts today, the “Notorious” Conor McGregor.

Barnett got his first real taste of the outspoken interim featherweight champion at the UFC’s “Go Big” presser a few weeks back, an event where McGregor basically took over with his relentless trash talk, bashing of course his soon to be opponent featherweight champion Jose Aldo, as well as a plethora of the male fighters on stage.

“It’s crazy. He’s sitting there talking about, ‘Oh Jose Aldo, you came over here and were given your championship’ and all that. Right over there is Ronda Rousey, who was just given her championship. Just insulting the shit out of her at the same time, as he is trying to drop a bomb on Aldo.”

While many may not agree with McGregor’s style, most agree that he’s on another level when it comes to marketing himself, and Barnett feels as if the Irishmen will take any chance to increase the hype:

“The biggest thing is he wants to speak his mind as much as possible. Right or wrong. Smart or stupid. He is just going to let it rip and pick up some hype whenever he feels the moment coming to him.”

Barnett then moved on to McGregor’s fans, saying that just because he is brash, and outspoken, doesn’t mean his fans can say all of the “obnoxious” things they say:

“The McGregor fans, some of them are on another level. They think that because Conor is so brash it gives them license to say any inane, obnoxious stuff that come into their head. And it’s like, well, it’s great to have heroes and even to be inspired by somebody who’s polarizing or even the nicest person in the world. But remember, their accomplishments are theirs. Go live something for your own life.”

Does “The Warmaster” have a point here?