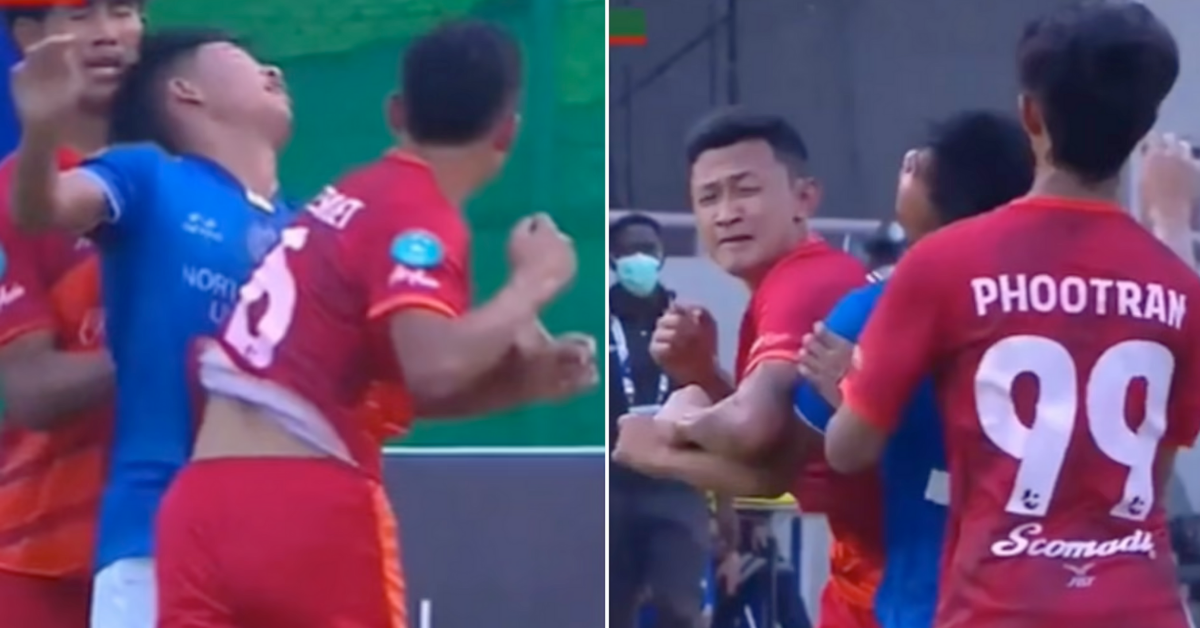 A Thai footballer has been sacked by his club after attacking an opponent with a nasty Muay Thai elbow in the final moments of a third division game.

Aitsaret Noichaiboon was chasing after the ball when it had gone out for a throw-in when he was cheekily tripped by Supasan Ruangsuphanimit. Noichaiboon lost his temper in the fifth minute of stoppage time as he chased his opponent before being caught on camera attacking the North Bangkok University player in the face with a brutal elbow.

Noichaiboon was immediately sent off by the referee following the violent outburst which left Ruangsuphanimit needing 24 stitches in the hospital.

Ruangsuphanimit had undergone a physical examination at Bangpakok-Rangsit 2 Hospital after the assault. His team informed that the player’s upper lip had a severe wound that the doctor needed 24 stitches to cover. The club will also provide care and responsibility for the injured player.

How did Bangkok FC handle the situation?

In a statement released by Bangkok FC, the club sacked Noichaiboon as the statement read: “Bangkok FC would like to take a stand and not support the action.

“The club has cancelled the contract of the player.

“The club would like to express our condolences for the incident and will do everything possible to stop this happening again.’ (via Daily Mail).