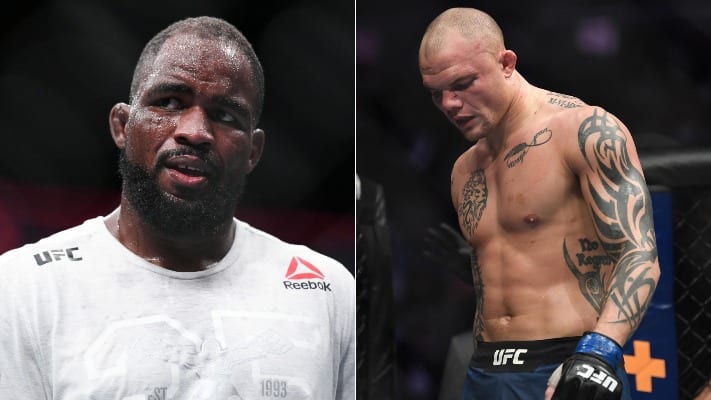 The two light heavyweights have been embroiled in a war of words of late, largely stemming to Anderson not being a fan of how Smith received a title shot against Jon Jones earlier this year. And given the light heavyweight picture as of now, it is entirely possible that they meet in the Octagon next.

Smith, who is coming off a win over Alexander Gustafsson, certainly hopes that is the case:

“As far as getting back to Jon and who I’m gonna fight, I think there’s me, Jan [Blachowicz], Corey Anderson, and Dominick Reyes,” Smith told Submission Radio (via MMA Fighting). “One of them is gonna fight Jon, so I would take myself out of that. It probably won’t be me.

Smith Calls On Anderson To Be A Fighter

“Lionheart” likened Anderson’s hostility towards him to Luke Rockhold, and believes “Overtime” is simply jealous that he received a title shot over him despite joining the division only last year.

Anderson, meanwhile, has been in the division since 2014, but only recently started making waves as a potential title challenger after enjoying a three-fight winning streak.

“Again, it’s another dude that I’ve never done anything to,” Smith explained. “Like, he’s just mad because you’ve been in the division for how many years, and haven’t even sniffed a title shot, and then guys like me and Thiago [Santos] and have three fights and get one. There’s a reason. It’s not because we sell anymore tickets than you, it’s not because we’re ‘better than you’. We just go out there and we put it on the line and we take fights when they’re offered.

“Like, I’m not saying be a company guy and suck Dana’s d*ck or anything, but be a god damn fighter. And if you have a style that’s kind of dependent on winning decisions, then just count on winning a hell lot more of them, cause that’s just how the game goes. No one wants to watch you f*cking dry hump someone’s leg for 15 minutes, unless they’re a big Jiu Jitsu fan. No one wants to see it. And I’m a Jiu Jitsu guy at heart, so I just don’t know what it is about me that rubs some of these guys the wrong way.”

Do you want to see Smith vs. Anderson next?