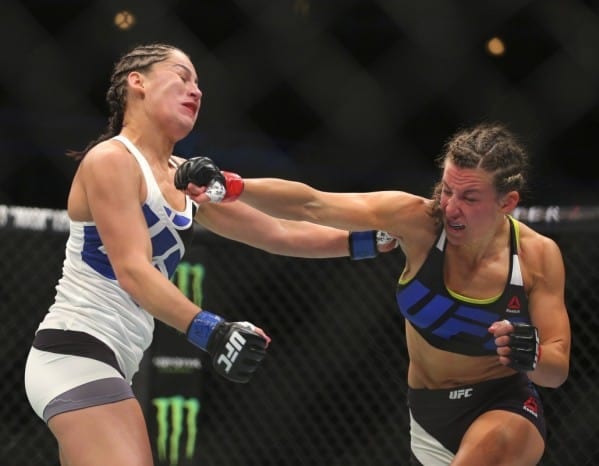 Amanda Nunes and Miesha Tate have reached a verbal agreement to meet at an upcoming UFC event, according to Combate.com.

Tate was originally supposed to fight Ronda Rousey next, but those plans were scrapped after the UFC booked Holly Holm against Ronda Rousey at UFC 195, which was later changed to UFC 193.

Miesha Tate (17-5) is currently on a four-fight winning streak. In her last six bouts, she’s 4-2. She lost back-to-back fights to Cat Zingano at TUF 17 Finale by third-round TKO and then Ronda Rousey at UFC 168 by third-round armbar. She then ripped off three straight wins. She beat Liz Carmouche at UFC on Fox 11 by unanimous decision, Rin Nakai at UFC Fight Night 52 by unanimous decision and then Sara McMann at UFC 183 by majority decision. She beat Jessica Eye at UFC on Fox 16 by decision.

Keep it locked to Low Kick MMA for the latest on this story and when the fight will happen.