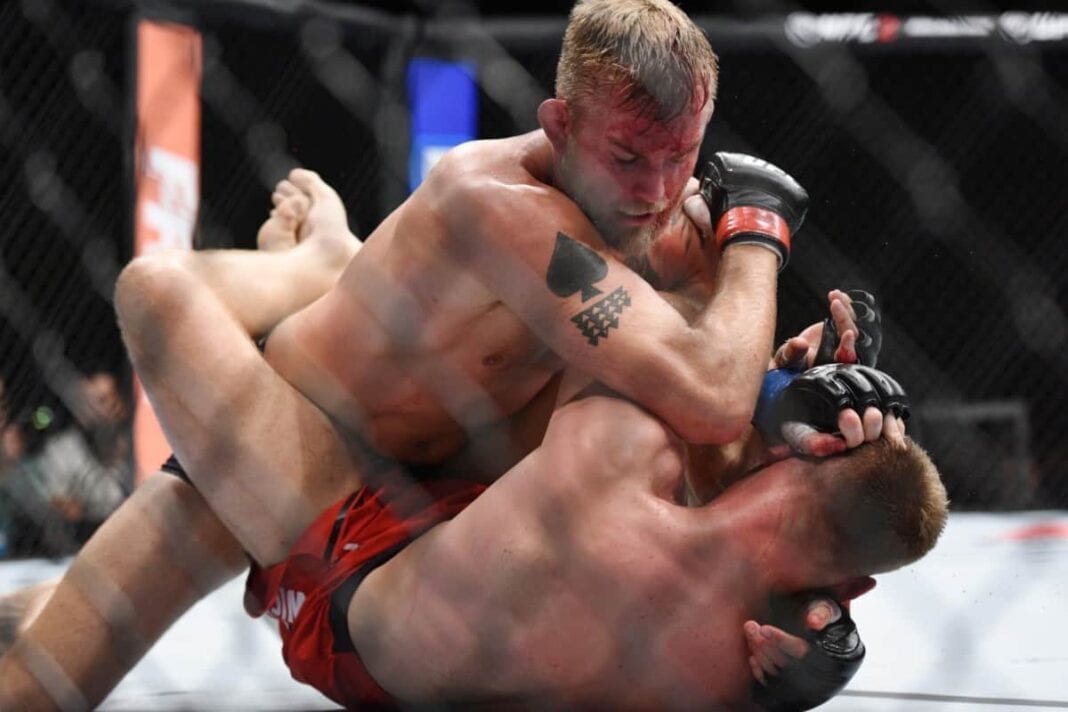 Coming off of his split decision loss to Daniel Cormier at UFC 192 for the 205-pound strap, two time light heavyweight title challenger Alexander Gustafsson made his long-awaited Octagon return tonight (September 3, 2016) at UFC Fight Night 93, when he took on his Polish counterpart Jan Blachowicz.

In the opening moments of the first round it seemed as if Blachowicz may have had the Swede’s number in the stand-up department, however, ‘The Mauler’ quickly took the contest to the ground and implemented a strong top game.

The second round was no different, as Gustafsson once again took the fight to the ground in order to display a dominant top game in which he cut Blachowicz on the top of the head with some nasty ground-and-pound.

Gustafsson would seal the deal en-route to a unanimous decision victory over Blachowicz, with another takedown in the third round as he would hold down the ‘Prince of Cieszyn’ until the final horn of the contest.

Check out the video highlights of Gustafsson’s wrestling-based win starting at the 1:20 mark of his post-fight interview right here: