LowKickMMA.com
Home Bellator News Alexander Gustafsson On Fight With Daniel Cormier: I Got A Second Chance 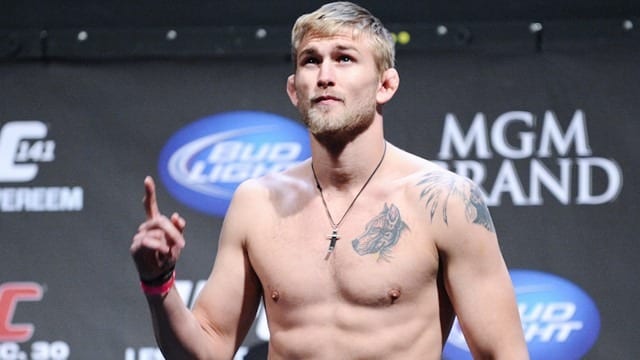 UFC light heavyweight title contender Alexander Gustafsson is coming off the toughest loss of his career this past January to Anthony Johnson back at UFC on Fox 14.

Gustafsson was knocked out in the first-round by Johnson in a fight that would’ve gotten him back in a championship bout.

“I was supposed to win this fight, but I didn’t. I was thinking about that, to quit the sport. I was really depressed after the fight.”

“It was a really bad blow for me – for my career and my personal life,” Gustafsson said to MMAJunkie.com. “It was a tough hit to take. The fight I couldn’t lose, I actually lost.”

Gustafsson was originally scheduled to fight Glover Teixeira on June 20, 2015, at UFC Fight Night 69. However, it was announced that Gustafsson had been removed from the card due to an injury in his back.

Following UFC 187, the UFC announced that Gustafsson will fight Daniel Cormier for the UFC light heavyweight championship later this year.

“I just see this as a second chance, as an opportunity for me,” Gustafsson said. “I won’t even go into why it happened or why I should fight him. I’m just enjoying my time.

“I just know that I got a second chance, and I will do the best that I can and show everybody that I can be the best guy in the world.”