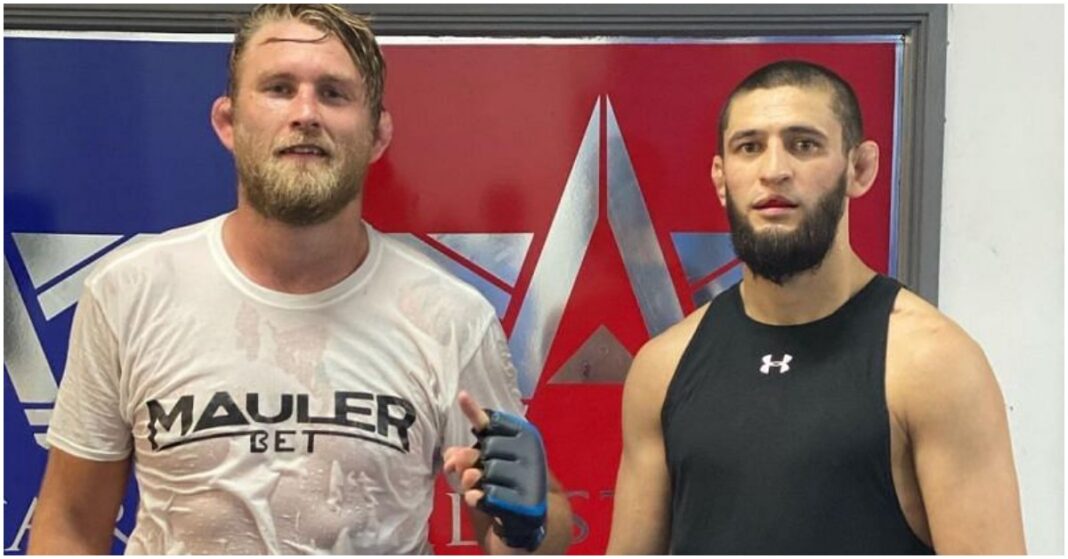 Alexander Gustafsson thinks his teammate and countryman, Khamzat Chimaev, has a good chance of dethroning the UFC welterweight champion in spectacular fashion.

Chimaev burst onto the scene in the summer of 2020 and has quickly become one of the most exciting prospects in the UFC. ‘The Wolf’ has racked up four straight wins without taking any damage at all. Chimaev seems set for a big 2022 and is being lined up for a fight with former title challenger, Gilbert Burns, in April.

A win in that fight would almost certainly mean Chimaev is next in line for a shot a Kamaru Usman, who has been a dominant 170lb champion for some time now.

Gustafsson, a three-time light-heavyweight title challenger, is a fan of Usman and respects him very much but just doesn’t think he’ll be able to hang with Chimaev.

“I think he’d [Khamzat Chimaev] put Kamaru Usman to sleep honestly,” Gustafsson told ESPN. “I think if he just touches his chin, it’s a big chance that Kamaru, Kamaru Usman goes to sleep. I like Kamaru Usman, he’s a great champ and he’s just been breaking records and like you know, it’s a pleasure to see him fight because he’s a very good technical, you know I love his jab and his wrestling and you can see that he’s on top, Kamaru Usman. But I just can’t see him take Khamzat’s punches.”  (Transcribed by Sportskeeda)

Gustafsson announced his retirement from MMA in the immediate aftermath of his loss to Anthony Smith in 2019. One year later, he was back in the Octagon this time at heavyweight against Fabricio Werdum, who quickly submitted him. The Swedish fight legend hasn’t competed since but confirmed in the below interview that he is looking to fight in 2022.

Do you agree with Alexander Gustafsson? Is Khamzat Chimaev the man to dethrone Kamaru Usman?