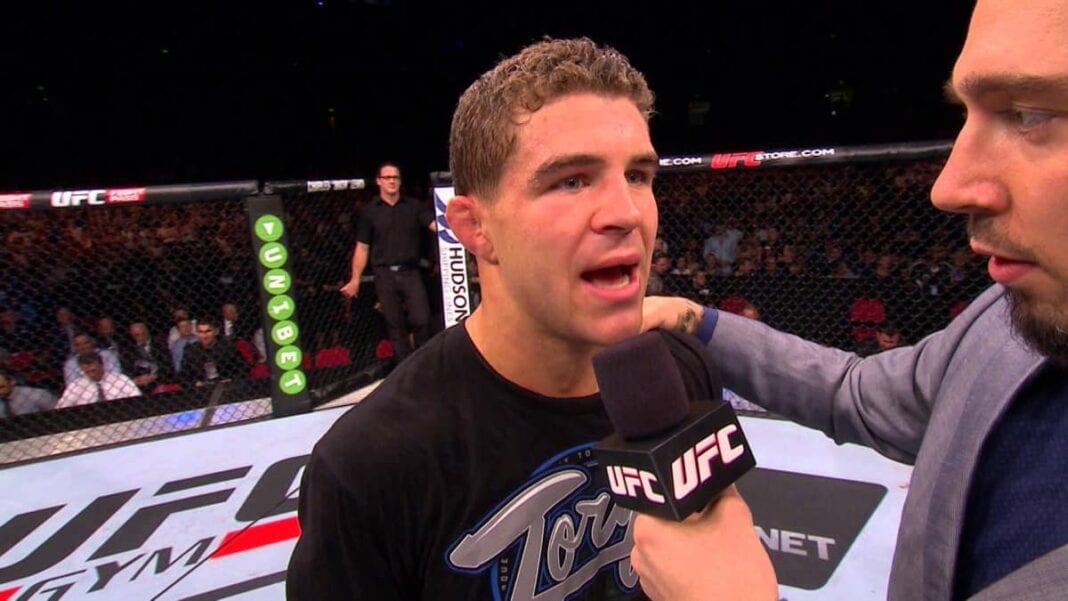 Twitter went nuts when news broke that UFC lightweight Gilbert Melendez tested positive for exogenous origin of testosterone metabolites following his bout at UFC 188 in Mexico City on June 13 with Eddie Alvarez. A fight that he lost by by split decision.

While Melendez was greatly affected by this, someone else was affected by it too and that was his scheduled opponent at UFC Fight Night 71, Al Iaquinta.

At one point UFC officials were seeking a new opponent for Al Iaquinta. He mentioned during his appearance on the MMA Hour that he would not be fighting on the card at all.

“I don’t know what I want to do. I want to break something. I want to slam my head on the desk again. I don’t know. I’m just disappointed. I can’t describe it, man,” Iaquinta said on The MMA Hour shortly after learning of the news.

“I was ready to go. It was a perfect fight for me stylistically. I brought in guys who really had a good style and I’ve been doing great with the sparring, so it’s just, I don’t know, I’m just frustrated right now, man. I’m real frustrated.”

Iaquinta threw a curveball when he mentioned that he needed to have knee surgery and without a fight coming up, it might be a good time to get it done.

“I had a knee surgery, it was actually right after The Ultimate Fighter,” Iaquinta said. “It never really healed right, and it’s just been getting worse and worse every fight. I’ve just been putting it off, putting it off, and now it’s kind of affecting my left (knee), so I’m compensating for it. I’ve been getting through it, and for a fight like Gilbert Melendez, I was pushing through it. But to go into another fight not at 100-percent, I think I’m just going to get it looked at, get it set up with a good doctor and get it fixed. It’s a sign, I think.”

The injury is a loose cartilage lodged behind Iaquinta’s right patella.

“They’ve been telling me to stick it out, stick it out,” Iaquinta acknowledged. “Because you don’t know what’ll have to be done if they do the surgery and how you’ll feel after, if you’ll have a full range of motion. I don’t know. I’ve been battling with this for a while, so I think now is the time I’ve got to get this thing fixed up. I’ve been seeing good doctors, but they’ve got to be able to do something.”

Iaquinta mentioned that doctors told him that the surgery would not be career-threatening.