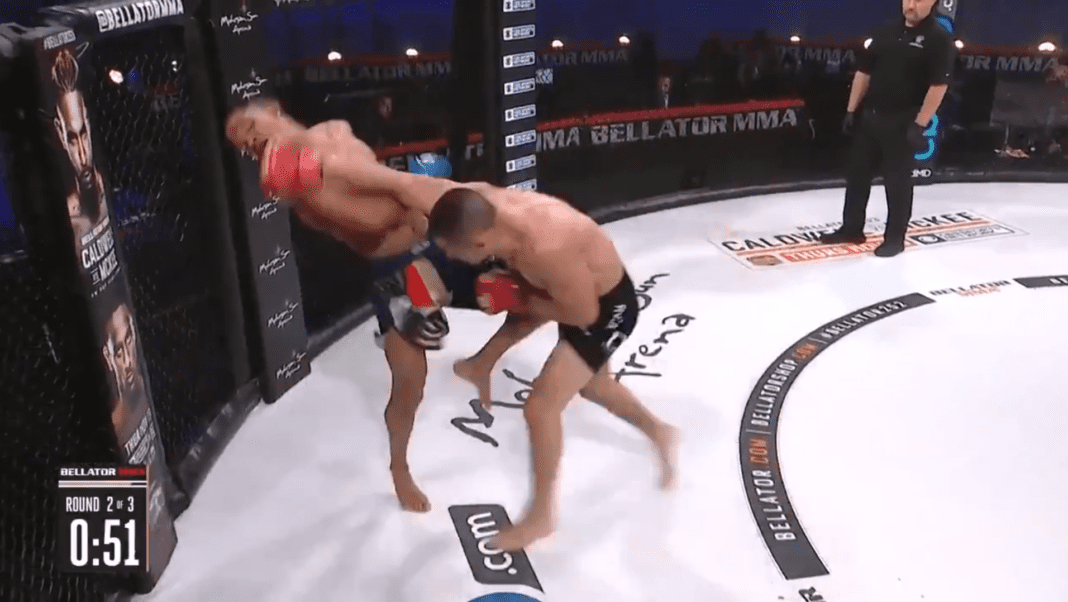 After dominated de Jesus with his spectacular wrestling and ground and pound it looked as though this would be his route to victory. Heading into the second round Pico continued with more of the same before landing a spectacular overhand right immediately dropping de Jesus and finishing him on the ground.

This victory takes Aaron Pico’s win streak to three and makes his record seven wins three losses. Pico was thought of to be the future of the sport before suffering back to back losses against Henry Corrales and Adam Borics. Pico received some doubt but has proved his caliber coming back to put together a three fight win streak.