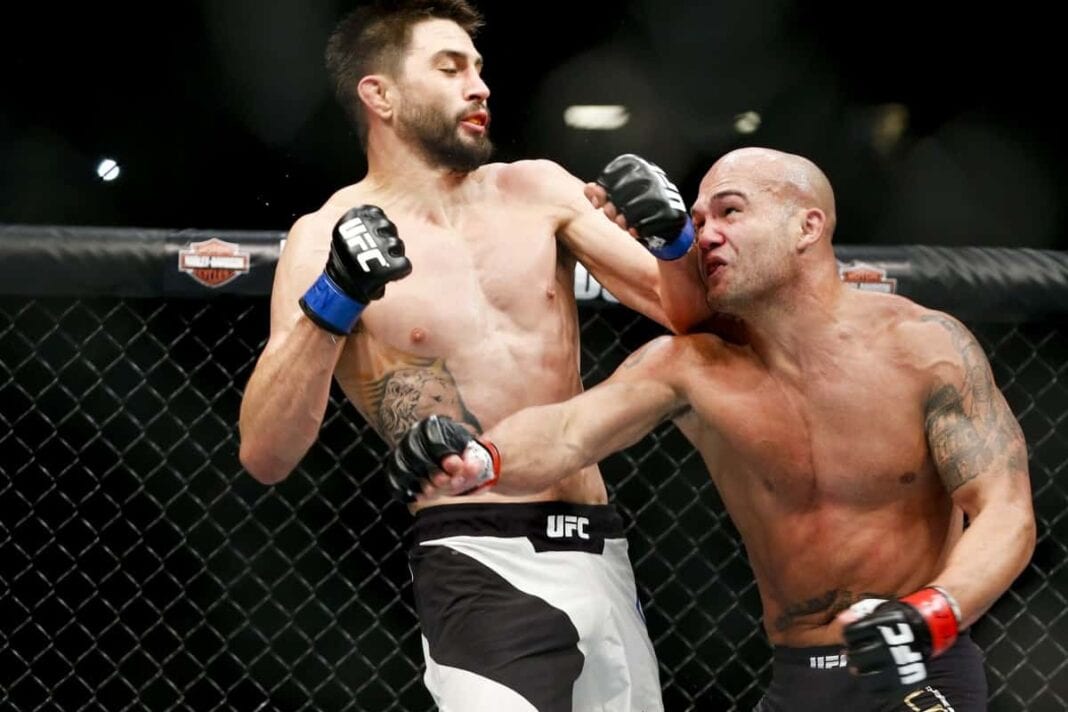 Although many have said that the decision should have gone to challenger Carlos Condit, “Ruthless” Robbie Lawler retained his welterweight title in an epic war at last night’s (January 2, 2015) UFC 195 from Las Vegas.

Although clearly beat up himself, Lawler continuously threw heavy leather, proving not only that he was a fighter in the truest sense but a warrior. The “Ruthless” one left everything he had inside of the Octagon, displaying a beautiful sense of heart and grit.

Whether you had him winning or not, Lawler, a man seemingly prone to bloody slug fests, left fans and viewers with a feeling of amazement.

Although often finding himself behind in fights, Lawler embodies the true meaning of a fighter, a man who’s down but never out, which is essentially the story of the champion’s long and resurgent career.

Ultimately, if Robbie Lawler is competing, you’ll likely want to tune in. Leading up to UFC 195, fans were expecting exactly what we received: a back and forth instant classic. White couldn’t have agreed more:

“Yeah, it was what I thought it was,” he said. “Carlos fought a great fight. Carlos stayed on the outside. He used his range very, very well, and then even when he got in close he was great in the clinch. You know, he came real, real close to some of those spinning elbows, to hitting Robbie with that stuff. But it was a great fight fought by both guys. It was awesome man.”

Should the UFC look to book an immediate rematch?