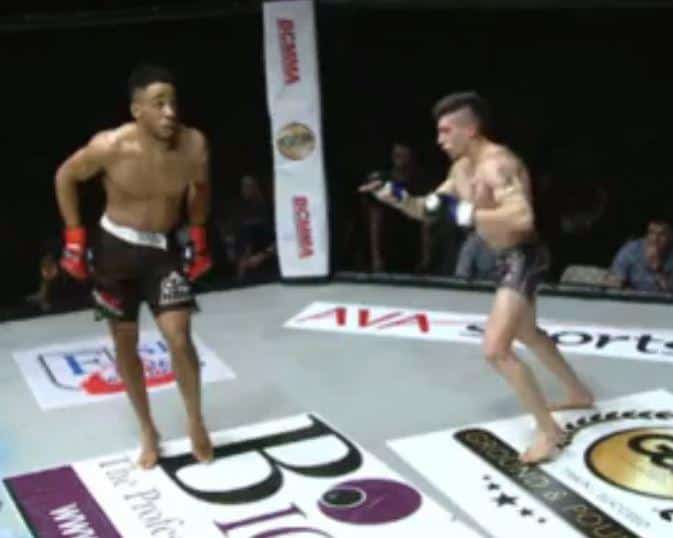 Last night’s unfortunate cancellation of the Fedor Emelianenko vs. Matt Mitrione main event of Bellator 172 cast a certainly unneeded mood on the MMA world, and ironically there was a fight that almost personified Bellator’s worst-case scenario.

That fight came at yesterday’s British Challenge 18 from Colchester England, where Johan Segas met Joe Harding for the amateur promotion’s featherweight championship. Like Bellator, Harding was caught showboating on his way towards what he felt was an easy win with Emelianenko’s debut. But also like Bellator, Harding had the rug pulled out from underneath him when Segas caught him with a earth-shaking high kick.

Watch Segas’ amazing knockout here courtesy of @Grabaka_Hitman on Twitter, and always remember what clowning your opponent can get you in MMA:

Fly too close to the sun and you may get melted. #karMMA pic.twitter.com/91VCmOVSQ6