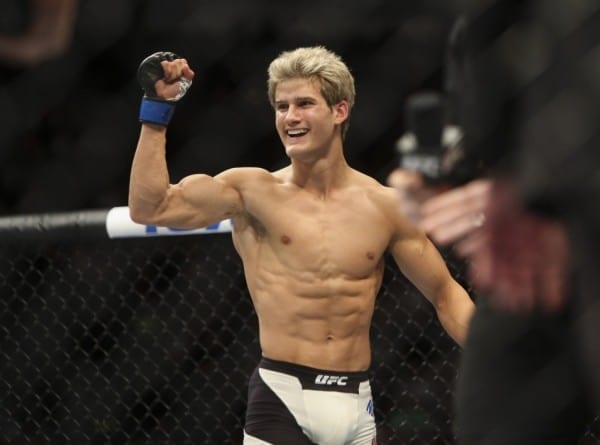 It’s been only a week-and-half since 19-year-old karate phenom Sage Northcutt made a scintillating UFC debut by finishing Francisco Trevino at October 3’s UFC 192 from Houston, Texas, and already some are comparing the lightweight prospect to all-time legend Georges St. Pierre.

A big part of Northcutt’s appeal, aside from his blinding speed, athleticism, and diversity, are his good looks, which already have octagon commentator Joe Rogan getting a bit weird about what he thinks ‘Super Sage’ should be doing with it.

In any case, Rogan’s comments about his athleticism may be a bit strange but maybe warranted, as this recent video of Northcutt doing an insane leg workout surfaced online. Check it out courtesy of MMA Fight Night Live on Facebook: