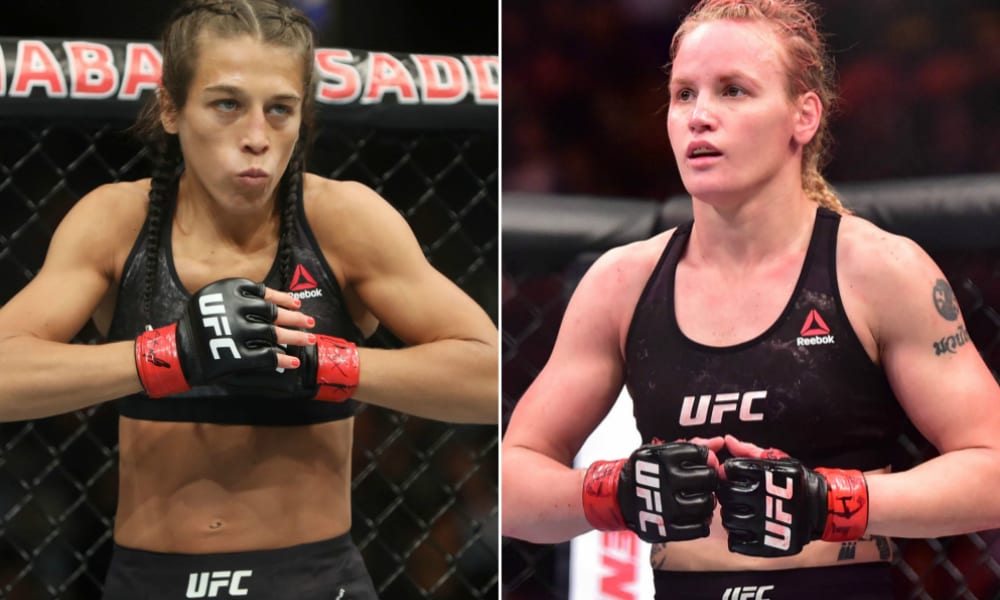 Valentina Shevchenko believes that certain history is affecting former UFC women’s strawweight champion Joanna Jedrzejczyk heading into their title fight. The two UFC stars are slated to co-headline the UFC 231 pay-per-view event. They will fight it out to see who will be crowned the UFC women’s flyweight champion.

For those who may not know, Shevchenko holds three victories over Jedrzejczyk in Muay Thai. Thus, she brought this history up during a recent interview with MMA Fighting.

The former women’s bantamweight title contender was supposed to fight Nicco Montano for the UFC women’s flyweight title in the co-main event of UFC 228. But this fight got canceled once it was revealed that Nicco Montano was hospitalized for kidney function issues. Thus, they made the title vacant and got a new opponent for Shevchenko.

The UFC 231 pay-per-view is set to take place on Saturday, December 8, 2018 at Scotiabank Arena in Toronto, Ontario, Canada. Shevchenko did admit that their previous fights were years ago. However, that doesn’t prevent her from having an edge coming into their next fight.

“Of course it was years ago,” Shevchenko continued. “Of course she changed, she improved as a fighter, same as me. I’ve improved as a mixed martial arts fighter. But at the end of the day, in the final it doesn’t matter. All experience, it will help. And each experience I get from that fight, it will help me to win this fight.”