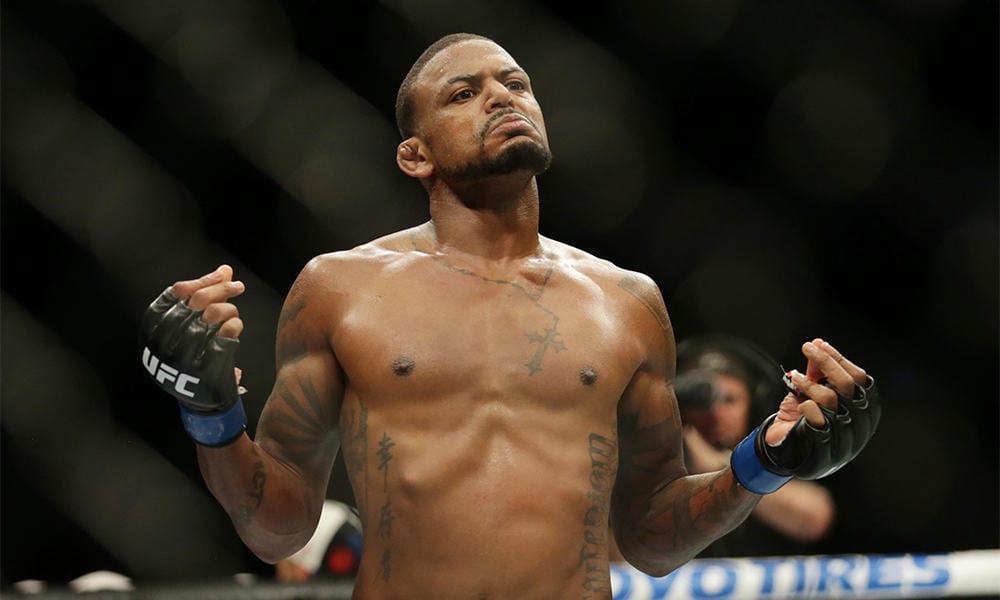 Michael Johnson is looking to end a slide in his MMA career, so he’s joined the ranks of fighters choosing to cut down a class in an effort to reinvent themselves.

Johnson will make his featherweight debut this Sunday in St. Louis against Darren Elkins in what will be the first-ever trip to 145 pounds in his UFC career.

”The Menace” went in depth to ESPN about how the weight cut is going and the drawbacks to having to lose so much weight:

”I have nightmares about it every night. You have no idea. My first fight at 155 [pounds], I got stuck trying to lose the last three pounds. I couldn’t get them off.

“That’s what I keep having flashbacks of when thinking about getting down to 145. What if I get stuck?”

Johnson is currently coming off of a two-fight losing streak at 155 pounds, having just lost to Justin Gaethje by TKO in 2017’s Fight of the Year” after getting thoroughly dominated by Khabib Nurmagomedov.

The move to featherweight is uncharted territory for Johnson, who was reportedly always a big lightweight, cutting from between 170 to 180 pounds to make 155 pounds.

But Johnson feels like he’s done at lightweight for now, as a new weight class presents new opportunities in terms of a title shot:

”I’ve spent my time, paid my dues in the lightweight division. I’m not looking to work my way up [slowly]. I want to come in here and beat [Elkins] who is on a nice win streak, make a statement, and then get in there on a No. 1 contender fight.”

Elkins himself is coming off of a decision win over Dennis Bermudez that was preceded by an improbable comeback upset victory over Mirsad Bektic, whom he viciously knocked out after taking a beating for two rounds.

Johnson and Elkins will throw down on Sunday during UFC Fight Night 124 in Saint Louis.

How do you expect Johnson to look and perform at featherweight? Will he have any issues making weight?