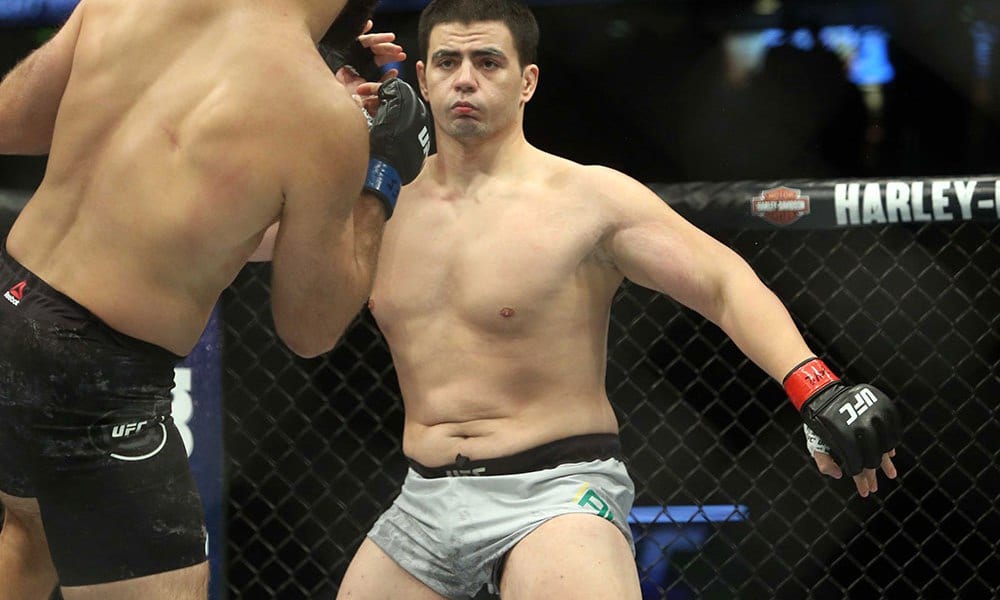 Brazilian heavyweight Junior Albini made quite the impression during his fight against Andrei Arlovski in November.

But it wasn’t for his in-cage performance, as he lost the fight while sporting what appeared to be a large, man-sized diaper festooned with a Reebok logo.

Fans were bemused as well as bewildered at Albini’s choice of attire, but don’t expect to see him wearing it again.

As he prepares for his bout versus Aleksei Oliynyk at next weekend’s UFC 224, Albini revealed he will not be wearing his man diaper (via MMA Mania):

“On Wednesday, when we try things on, I will be sure to make it as comfortable as possible so that doesn’t happen again.”

Albini ended up losing to Arlovski by decision while adorned in the man diaper at UFC Fight Night 120 but was successful in his UFC debut after smashing Timothy Johnson midway through the first round last July.

READ MORE:  3 Reasons Why Paddy ‘The Baddy’ Pimblett Will become UFC’s Next Superstar

However, fight fans best remember him for those ridiculous fight shorts against Arlovski, which resembled a diaper more than any form of combat apparel.