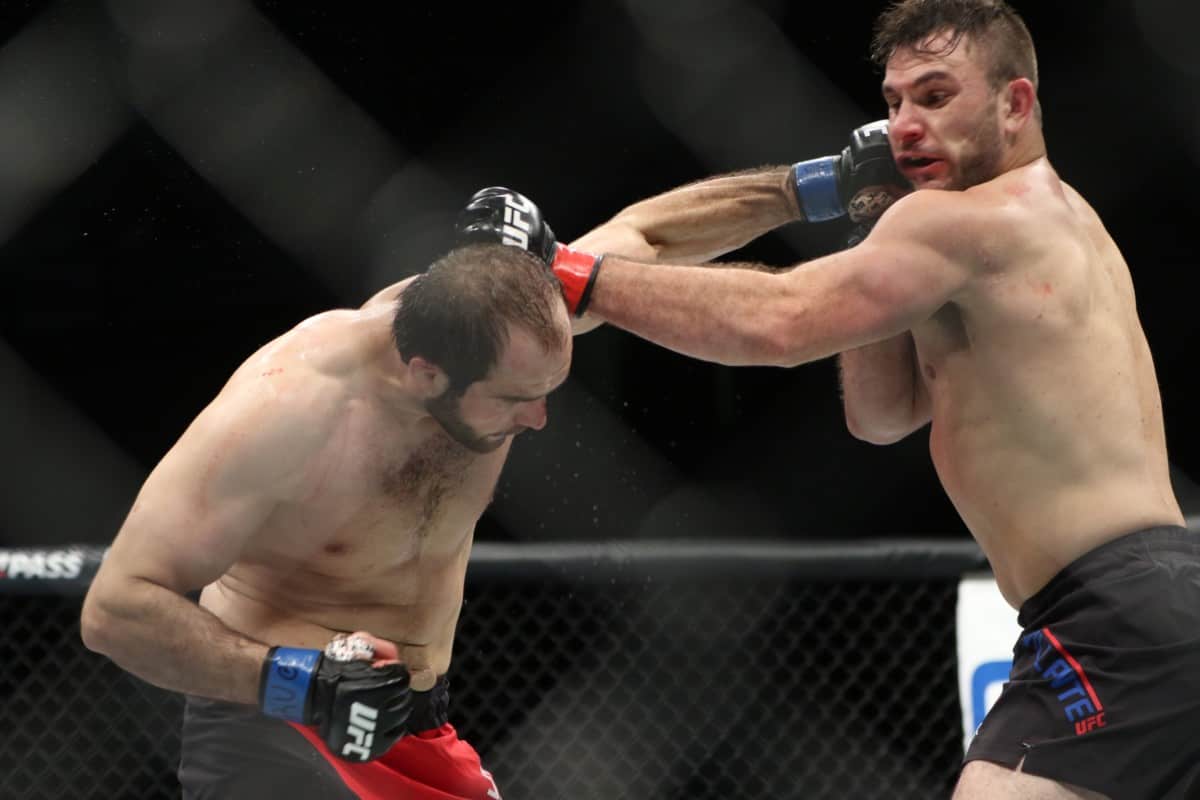 The Fight of the Night went to light heavyweight sluggers on the main card. Gian Villante and short-notice replacement Saparbek Safarov duked it out for the better part of two rounds. At first it appeared that Villante’s more poised striking and big-show experience would carry him over the Russian newcomer, but Safarov refused to give in. He dropped the New Yorker in the second, and though bloodied, searched for his own finish. When it failed to materialized, Villante went back to work on his gassed adversary, eventually earning the TKO with punches and elbows against the fence. Safarov covered up but offered no other intelligent defense, forcing the referee to intervene.

Still, Safarov’s stock should rise in the aftermath. From unknown and unheralded debutante to Fight of the Night winner in less than ten minutes of action. Both 205-pounders took home an extra $50,000 for their efforts in Albany.

Elsewhere in main card action, fellow heavyweight Francis Ngannou earned himself a ,000 bonus check for Performance of the Night against Anthony Hamilton. The Frenchman got the first round finish many predicted, but certainly not in the fashion that was expected. After escaping

After escaping to his feet following a Hamilton takedown, Ngannou countered another takedown attempt with a standing kimura. He took the Jackson-Wink product down while maintaining the hold, moved to side control, and wrenched the arm for the tap. It was the first submission of Ngannou’s UFC career, and his fourth straight victory in the promotion.

Finally, UFC newcomer Gerald Meerschaert banked a $50,000 Performance of the Night bonus of his own with his first round submission of Joe Gigliotti. Back and forth stand-up and scrambles ultimately resulted in Meerschaert taking Gigliotti’s back, then transitioning to an anaconda choke as his foe tried to escape. The 32-fight veteran tightened the hold and walked his legs toward Gigliotti, forcing the submission. Meerschaert’s was the first finish of the card after five straight decisions.

Stay locked to LowKickMMA for all the coverage of this fight-packed weekend.