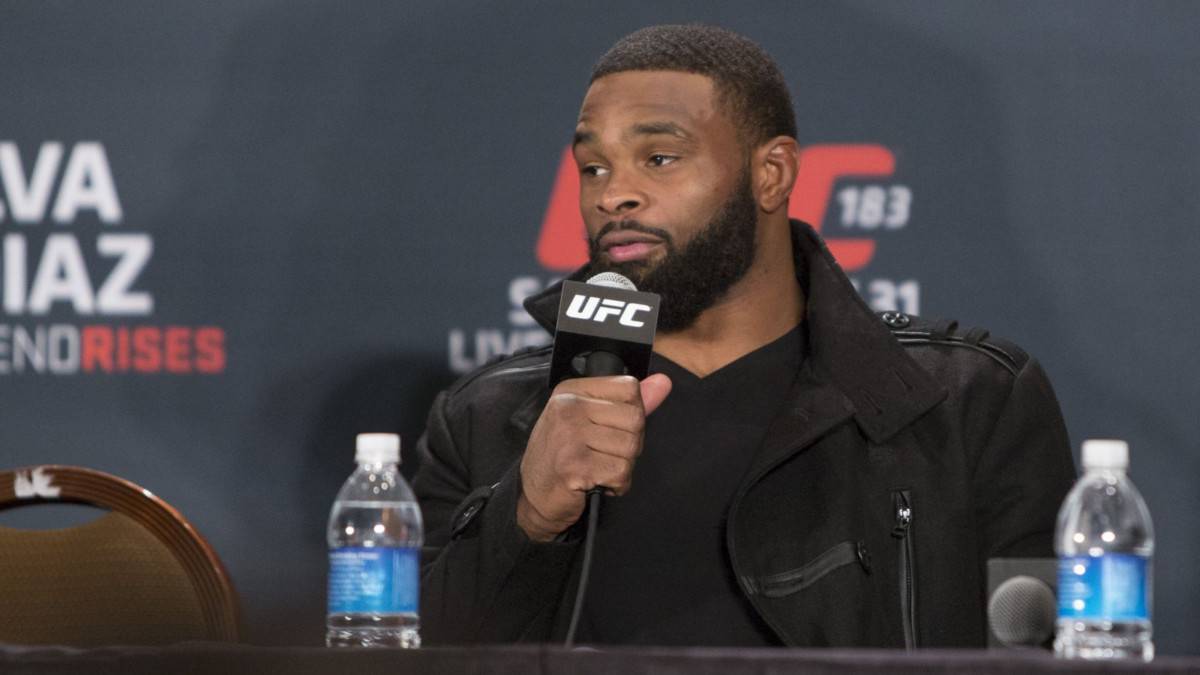 UFC welterweight champion Tyron Woodley has a certain date in mind for his return fight.

That date is the upcoming UFC 227 pay-per-view event. Although his opponent has yet to be determined, the promotion does have plans in place to figure that out.

Woodley suffered a partial labrum tear early in his recent title defense over Demian Maia, which he won by decision. Woodley has been a fighting champion as he has defended it twice in 2017 with winning decisions over Stephen Thompson and Maia.

This tied with three other fighters for the most active 2017 schedule by a UFC champion.

So let’s break it down. First, we have Stephen Thompson taking on Darren Till in the headliner of this weekend’s UFC Liverpool (UFC Fight Night 130) event then we have former UFC lightweight champion Rafael dos Anjos will take on Colby Covington for the interim welterweight title at the upcoming UFC 225 pay-per-view event.

There is a third option which is Kamaru Usman, who is coming off a big win over Demian Maia at last weekend’s UFC Chile event.

Woodley has gone on record in the past by teasing a return to the Octagon under the UFC banner in August and is now confirming that he plans on returning at UFC 227. He told this news to MMA Fighting’s Ariel Helwani.

“Spoke to UFC welterweight champion @TWooodley earlier today. He said his surgically-repaired shoulder has fully healed, and he’s hoping to fight on the Aug. 4 UFC 227 card in Los Angeles. Nothing finalized yet.”

Spoke to UFC welterweight champion @TWooodley earlier today. He said his surgically-repaired shoulder has fully healed, and he’s hoping to fight on the Aug. 4 UFC 227 card in Los Angeles. Nothing finalized yet.

This event will be headlined by a bantamweight title fight pitting champion TJ Dillashaw against Cody Garbrandt in a rematch.

The promotion will be announcing more bouts for the upcoming event in the coming weeks. Here is the updated card:

Champ T.J. Dillashaw vs. Cody Garbrandt – for the bantamweight title