UFC.com announced today an interesting heavyweight bout that has been added to UFC on Versus 6. The 6’11, 255lbs Dutchman Stefan Struve will be taking on 5’11, 243lbs Pat Barry.

“Verbal agreements are in for a titanic battle between Stefan ‘Skyscraper’ Struve and Pat ‘HD’ Barry October 1st on UFC Live On Versus,” said UFC president Dana White. Struve is the tallest fighter among UFC heavyweights, while Barry, a full foot shorter, clocks in as the division’s shortest.

The free card set to take place on October 1st in Washington D.C. will be headlined by the Batantamweight title bout between champion Dominick Cruz defending his title against “Mighty Mouse” Demetrious Johnson. Here’s how the full card looks so far:

For more developments and fight announcements for all the big UFC and MMA events keep it on lock with Lowkick.com. 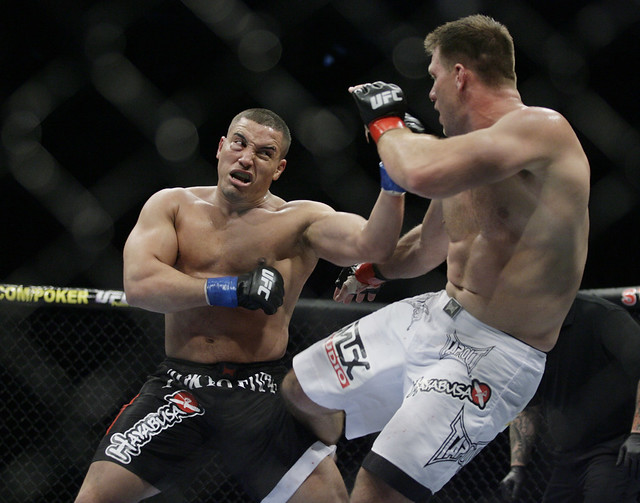