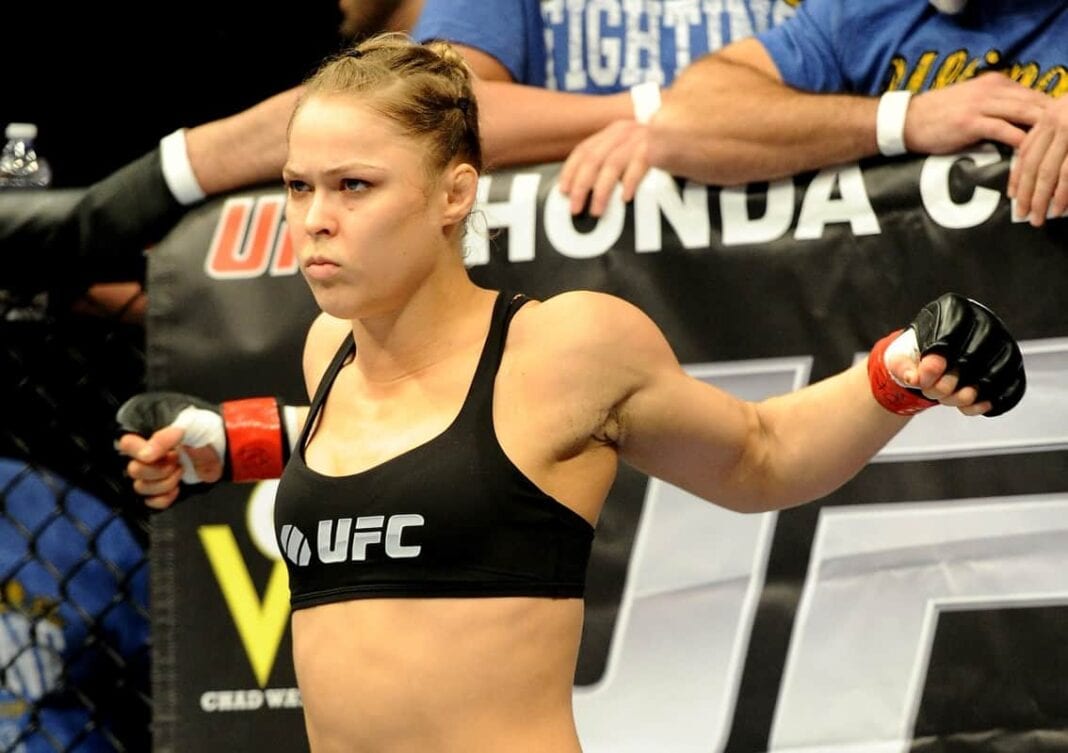 Former UFC women’s bantamweight champion Ronda Rousey (12-1)  has not fought since losing to Holly Holm at UFC 193 by second round knockout. Every fan and media member wants to know when she’ll fight again, and it seems like we’re beginning to find out.

UFC President Dana White said after March’s UFC 196 that Rousey would return later this year in November or December, and the timng for that could be more than just right.

MMA is now finally legal in the state of New York and the UFC has already announced that the first event in the state would take place at Madison Square Garden in November, most likely the pay-per-view event of UFC 205.

New York Governor Andrew Cuomo signed the MMA bill on Thursday and UFC brass as well as some of their top fighters were present to promote the event. One of those stars was Rousey, and she was interviewed.  During the interview, Rousey explained that she would like to fight at the event due to the history of the event.

“It’s important because of the history,” she reasoned.

“I want a tie to a historical place like this, and I want to be remembered in a positive way. I’m from Los Angeles, where if something is 50 years old, they tear it down and build a new one. It’s not for my own vanity. It’s for a place in history. I don’t have a single picture of myself fighting in my house. I don’t have my belts, they’re hidden. I don’t like putting stuff out there, but I like fighting for a place in history.”

With fighting’s transcendent queen on an extended hiatus filming movies and getting her head right in order to compete in the Octagon once again, the biggest city in the U.S. could showcase the return of MMA’s biggest star.

And truth be told, is there any other superstar who could headline UFC’s MSG debut other than Rousey? Perhaps if Jon Jones finally battled Daniel Cormier in their long-awaited (and long-delayed) grudge match, yet even then Rousey may take top billing, whether in a trilogy match with current champion Miesha Tate or a score-settling rematch with Holm.