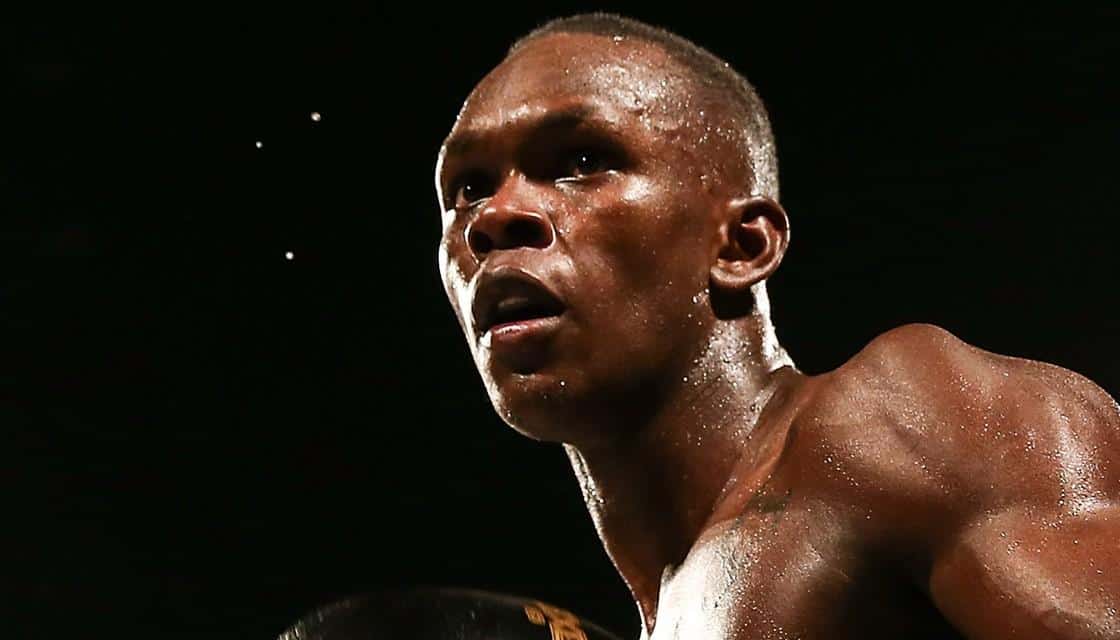 After battering Rob Wilkinson in his UFC debut at February 10’s UFC 221 from Australia, surging middleweight prospect Israel Adesanya celebrating like no other UFC fighter had before by pretending to pee in the corner of the Octagon.

The undefeated Nigerian burst onto the scene making a splash in more ways than one, but apparently didn’t please his employers in the process. Recently speaking to FloCombat (via MMA Mania), ‘The Last Stylebender’ revealed the UFC told his manager they weren’t happy with him shaking his fake genitalia on FOX Sports 1.

But to him, he was just marking his territory:

“‘They told my manager that, ‘We handle a lot of sponsors, millions of dollars in sponsors. So for him to pretend to be with his dick out and shaking it after he pees as well or whatever, it’s not really a good look.’ For me, how I see it is, fuck, what are the sponsors worried about: Me pretending to whip an imaginary dick out and pee everywhere to mark my territory or just watching me just beat the fuck out of a dude? I don’t know what kind of game these sponsors are playing or whatever, but for me, I just have to make a statement. Any top dog would do it. My stench is still there. Whenever I get back into the cage, I’m sure I’ll smell it.”

Yet they weren’t all too mad with their potential future star, as he was booked for a quick turnaround against Marvin Vettori at UFC on FOX 28 on April 14.

Finishing all 12 of his MMA bouts via T/KO, Adesanya will look to extend his impressive streak of knockout wins in Glendale, Ariz. next month.

We’ll just have to see if he tones down his post-fight celebration if he does.