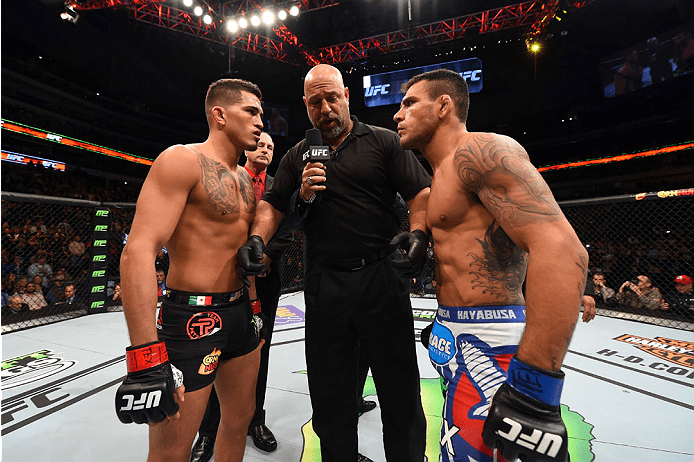 There is some history between these two fighters. RDA beat Pettis to win the UFC lightweight title by unanimous decision in the headliner of UFC 185. This pay-per-view event went down back in 2015 at the American Airlines Center in Dallas, Texas.

Since then, the fighters have gone their separate ways, but with welterweight being on the table as a weight class, it might be time for them to battle it out again.

Pettis scored a second round knockout over Stephen Thompson in the headliner of UFC Nashville on Saturday night (March 24, 2019) at the Bridgestone Arena in Nashville, Tennessee on ESPN+.

After the fight, Pettis expressed interest in a potential showdown against dos Anjos again. RDA fired back by writing the following on his official Twitter account:

Dos Anjos suffered a loss in his latest fight, which came to now-UFC welterweight champion Kamaru Usman back in November. He’s currently on a two fight losing streak.