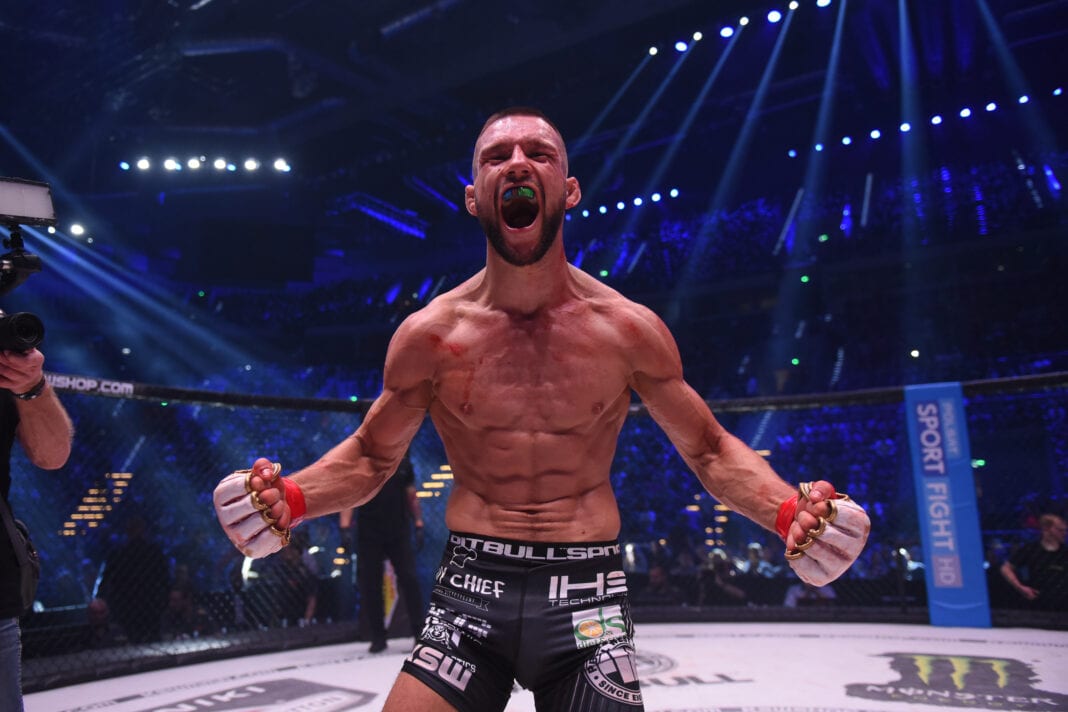 KSW Lightweight Champion Mateusz Gamrot will defend his title against Shamil Musaev at the main event of KSW 54. The card will be broadcast live from a studio in Warsaw, Poland, on August 29.

After being out of the cage for over a year, Gamrot successfully returned to action last month at KSW 53, with a third-round stoppage of arch-rival Norman Parke. The Polish fighter was simply too slick for his game opponent, whom he picked apart with relative ease.The undefeated 29-year-old has successfully defended his title on four occasions and has recently been angling to move to the UFC. He is set to face undefeated Russian Shamil Musaev, who has racked up a pair of first-round stoppages in his two promotional appearances.

After building a name for himself on the Russian regional scene, Musaev made his KSW debut at KSW 48, scoring a TKO victory over Hubert Szymajda. The 26-year-old then stole the show at KSW 52 after knocking out former title challenger Grzegorz Szulakowski with a perfectly timed spinning back fist.

The co-main event of KSW 54 will feature the promotional debut of former Polish heavyweight boxer Izu Ugonoh, who will face France’s Quentin Domingos. Ugonoh left boxing with an 18-2 record with 15 of his wins coming via KO, and it will be interesting to see how the heavy-hitting Pole adapts to MMA.

Will you be watching KSW 54?