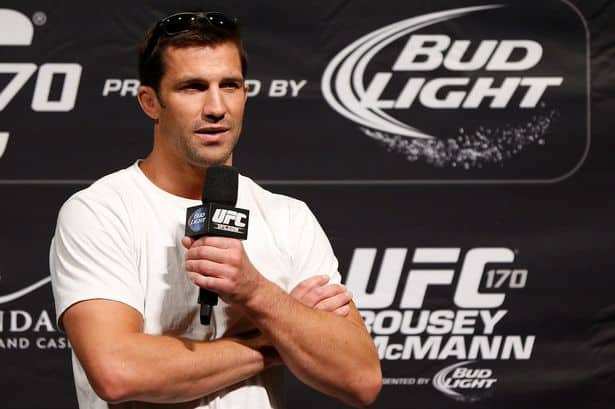 Brazilian legend Vitor “The Phenom” Belfort may be one of the very best fighters to have ever competed in mixed martial arts (MMA), but he also happens to be one of the most controversial figures the sport has ever seen as well, due to a storied history with performance-enhancing-drugs (PEDs).

More information recently came to light on Belfort’s history, as a shocking news report broke earlier this week, implying that Belfort may have failed a 2012 drug test prior to his bout with Anthony Johnson, which he would fight in, and win. The news of the potential failed test has just come to light now, however, leading many to accuse the UFC of covering it up.

Belfort has been highly criticized throughout his career, and middleweight title challenger Luke Rockhold has always been one to bash “The Phenom” in the media.

The two met back in 2013, where Belfort knocked Rockhold out cold with a beautiful spinning back kick. However, this was at the height of Belfort’s use of the now banned testosterone-replacement-therapy, leading Rockhold to be extremely unhappy with the fight.

Recently speaking with Bleacher Report on the latest in the Belfort saga, the American Kickboxing Academy (AKA) product said that the news didn’t surprise him:

“It’s nothing I didn’t already expect of him. I knew the man was cheating the whole time,” Rockhold said. “It was just a matter of how much he was cheating.”

“I remember specifically when he went into that fight with Jones, and just how huge he was. He looked abnormal at times,” Rockhold said. “He can morph from 185 to 205 and look just as big as anybody in that division. No one does that and carries the muscle, transforming from the biggest 185-pounder to the biggest 205-pounder.”

Despite his troubled history, Belfort still tends to find himself in big fights, recently fighting middleweight champion Chris Weidman at UFC 187, something that baffles Rockhold:

In closing, Rockhold once again made his opinion very clear, blasting the Brazilian: