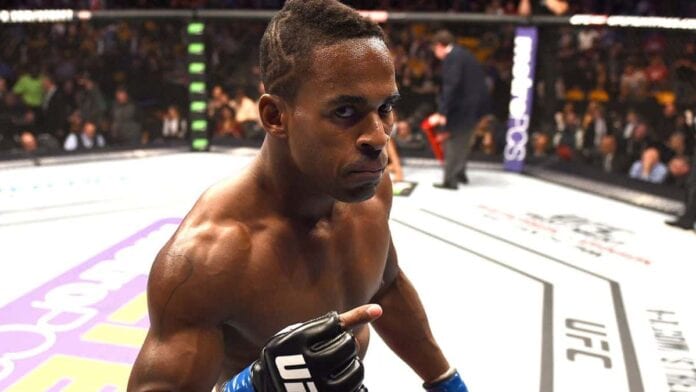 Bellator MMA and Scott Coker are slowly but surely putting together a roster that has a mixture of key fighters to their roster that features not only fighters who have risen through the ranks in Bellator but also fighters who have potential or has a name that was built in the UFC. With that mix, Coker’s vision of what Bellator could be is being shown and the future no doubt looks bright. Someone who was testing out the free agency market and who was on Bellator’s radar was the talented Lorenz Larkin.

Larkin, who rose up the ranks in the UFC, had to make a tough choice. Either stay with the UFC or go back to work for Coker, who was the boss in Strikeforce. Larkin decided to join forces with Coker once again and add yet another top name to the welterweight division.

“It used to be back in the day that the UFC was a super power,” Larkin, whose biggest career win was a 2012 decision over Robbie Lawler in 2012, told the Press Enterprise. “But a lot of organizations are coming up, and it’s not like that any more.”

Coker took to Twitter to comment on news and wrote, “Looking forward to seeing @da_MONSOON in the @BellatorMMA cage very soon. Welcome back Lorenz!”

Larkin holds a pro-MMA record of 18-5, 1 NC and has won two straight fights and four out of his past five. He is coming off a first-round TKO victory over Neil Magny at UFC 202. It will be interesting to see who Larkin fights in his first bout under the Bellator banner.