LowKickMMA.com
Home UFC News Khamzat Chimaev Says People Will Be ‘Scared’ To Fight Him After UFC... 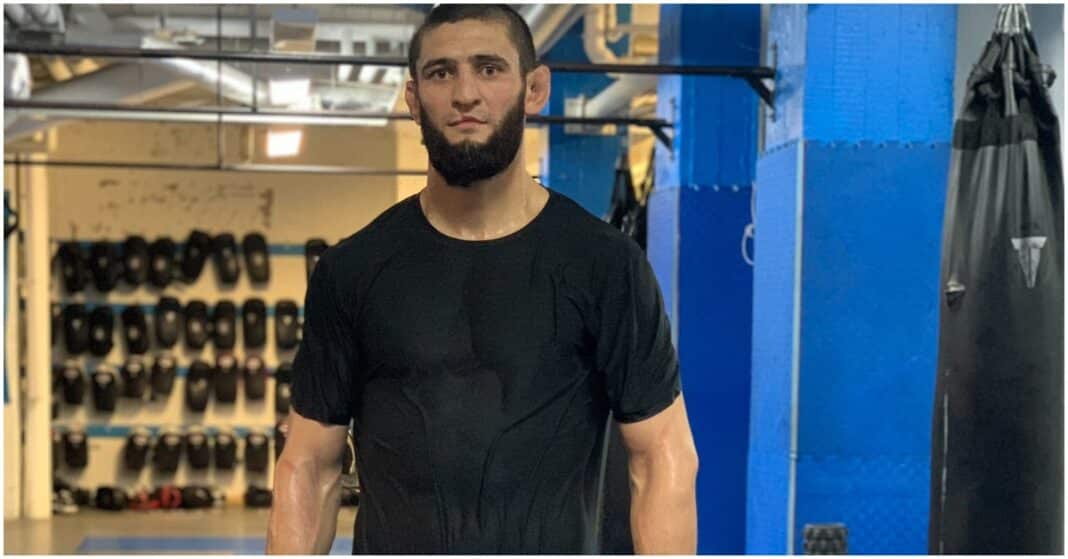 Khamzat Chimaev expects his fellow welterweights will be running scared after he returns to the Octagon against Li Jingliang at UFC 267 this weekend.

‘The Wolf’ burst onto the scene in the summer of 2020, quickly racking up three UFC wins. However, since then Chimaev’s career has come to a standstill as he battled some particularly nasty complications related to contracting COVID-19.

After more than a year out of action, Chimaev is intent on making a statement when he returns to the Octagon. His only worry is that once he beats Li the ranked welterweights will be too scared to fight him.

“I hope so, but I don’t think these guys want to fight with me after this fight,” Chimaev said at UFC 267 media day when asked if he expects a step up in competition after Saturday. “They’re gonna start to be scared again, complain ‘he didn’t fight some of these good guys, blah blah blah,’ things like that. We will see what happens after this fight.”

Chiamev would love the chance to complete his unfinished business with Leon Edwards. The welterweight duo was booked to fight on three occasions, but the bout fell through each time and the UFC eventually abandoned the fight all together. ‘Rocky’ has since gone on to secure what appears to be a number one contender fight against Jorge Masvidal.

“Of course, I will be happy if they give me somebody like [Edwards],” Chimaev said. “But I think if he wins this fight he’s supposed to fight for the title. How many win streak now? 10, 9? I respect that. I win this fight, win also one, two, three fights more before the title. I don’t want to jump up [past] the guys and have people talk like, ‘This is disrespect,’ I don’t like this talk.

Many people believe Li is the toughest opponent of Chimaev’s short career but the man himself is not too sure about that.

“I don’t think so,” Chimaev said. “Last time I fight Gerald Meerschaert, they say, ‘He owns the most submissions in the game,’ always people going to talk that somebody is better than me. I know who I am. I’m gonna go take his head.” (Transcribed by MMA Fighting)

Do you think ranked welterweights will be scared to fight Khamzat Chimaev if he is victorious at UFC 267?