LowKickMMA.com
Home UFC News Khabib Fires Back At Alvarez: I Will Hunt You Down 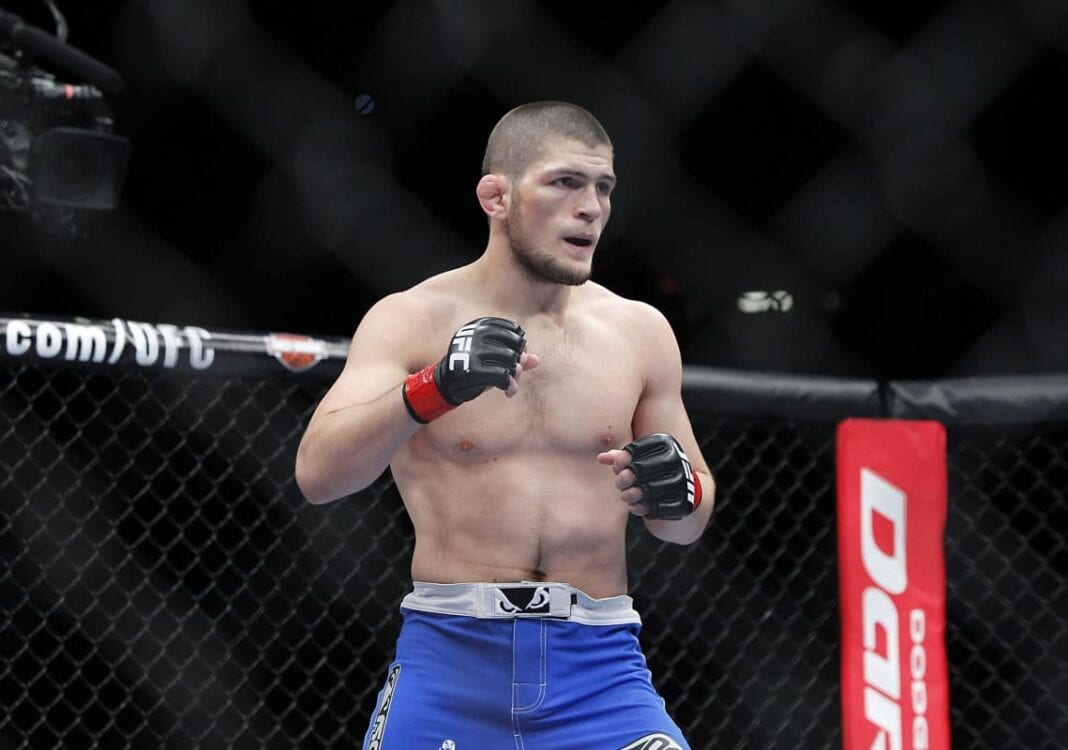 It’s widely expected that No. 1-ranked UFC lightweight Khabib “The Eagle” Nurmagomedov will receive the next shot at newly minted 155-pound champion Eddie Alvarez. Alvarez, however, recently said that “The Eagle”, who’s battled with injuries over the last few years, doesn’t deserve a shot because he hasn’t faced off with the decision’s elite.

It now appears as if the undefeated Dagestani-wrestler has gotten wind of Alvarez’s comments, taking to his official Instagram account to fire back at the champion. Nurmagomedov reminded “The Silent Assassin” of his first loss in the UFC to Donald Cerrone, adding that he will ‘hunt down’ Alvarez:

“So Alvarerez says that I never fight with top fighters and talking about my pro record. I’m not sure where he gets that information, but when I fight vs Tibau he was ranked 15, when I fight vs Tavares, he was considered as best Brazilian lightweight, Pat Healy was ranked 10, when I fight RDA he was #5. My last fight, I suppose to face Tony Ferguson who is ranked #3, but he got injured and pulled out, I asked for any light and welterweight fighter for replacement, including Alvarerez, but nobody accept. But your ass, Eddie, got kicked in first UFC fight by cowboy, second fight you won Melendez by split decision, but all experts believes you lost that one unanimously. Third one you win Pettis by split decision and after that you get title shot. You beat RDA without question. Do you really believe, that with that only one UFC victory, you are great fighter and can dictate your terms? I don’t think so. Remember, with or without the belt, I will hunt you down. Your name in my blacklist.”

According to Bloody Elbow, Nurmagomedov also said on his Instagram page that he has been offered a fight and that good news is on the horizon:

“I would like to answer some questions that have come, and they are mainly linked to my next fight,” Khabib said on his Instagram page. “Soon I will have a fight and I have already proposed a duel. There are some things that I can not tell you, but expect good news soon.”

Would you like to see “The Eagle” get the next crack at the champion?