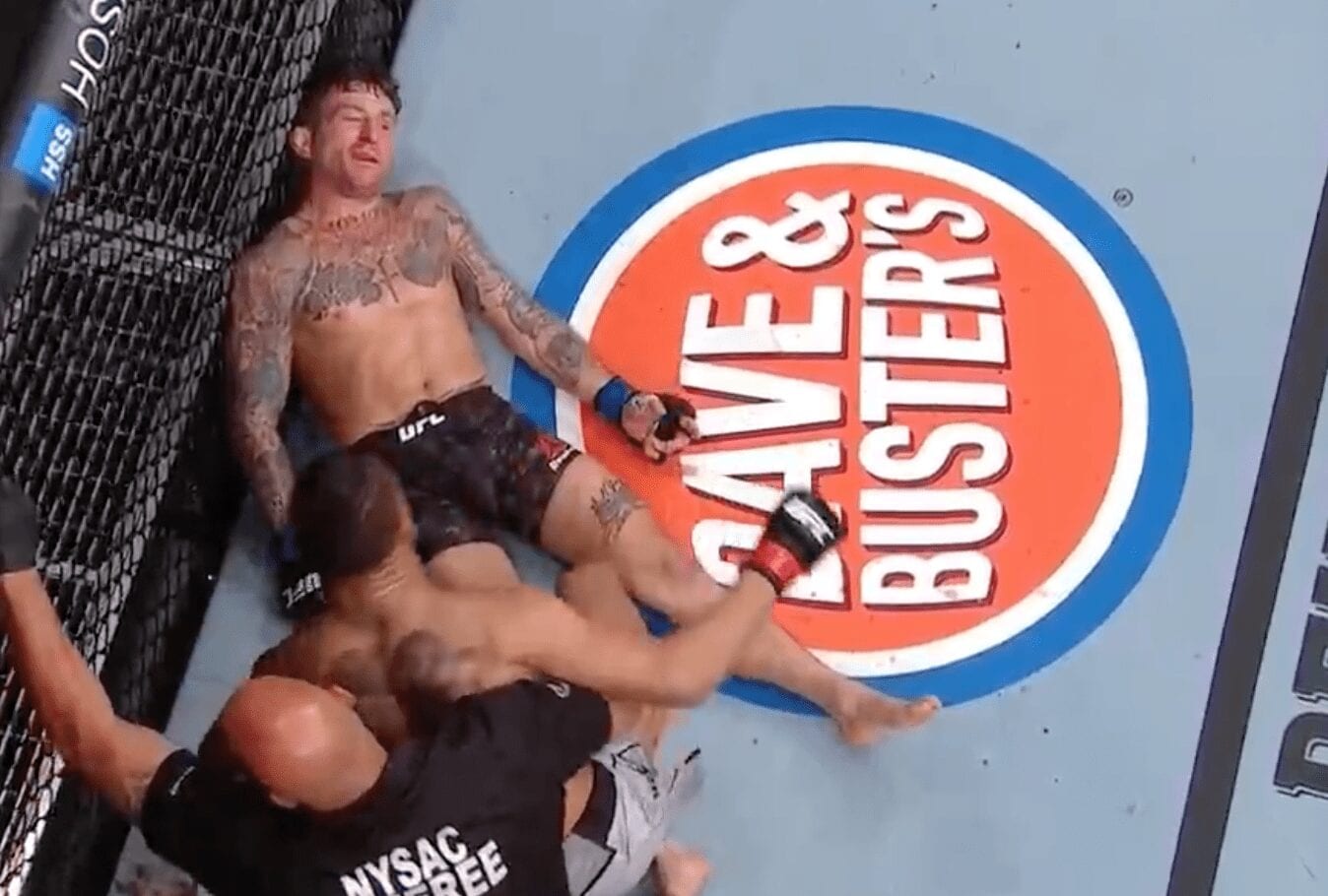 Kevin Lee is officially back.

Making his return to the lightweight division, Lee needed to make a statement especially as he was riding a two-fight losing streak.

And he did just that as he handed Gregor Gillespie his first-ever loss on the main card of UFC 244 on Saturday night.

After what was largely a striking battle for the first two-and-a-half minutes, it was Lee who landed a solid right hand before a head kick knocked Gillespie out cold as the crowd erupted.

You can watch the brutal finish below:

What did you think of Lee’s win? Is he officially back?