LowKickMMA.com
Home MMA News Joe Lauzon On Finishing Takanori Gomi: ‘I Took The Life Out Of... 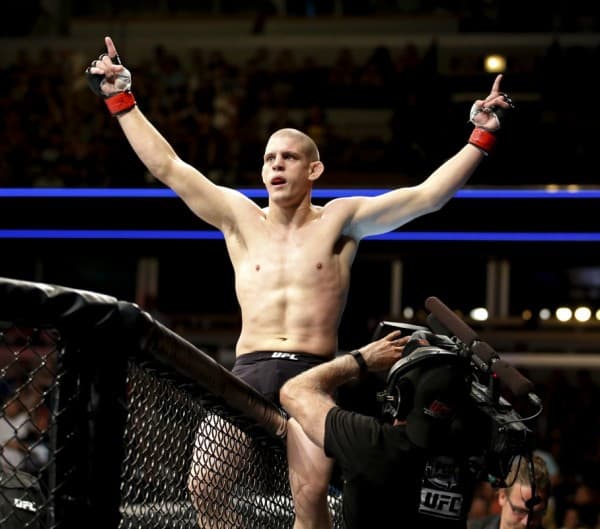 Joe Lauzon was a good sport in his fight with Takanori Gomi on Saturday night at UFC on Fox 16 when he finished Gomi while in back mount as he ground and pounded his opponent. The onslaught saw Gomi go limp as he was unconscious in the first-round.

Instead of continuing the beating, Lauzon just got off of Gomi and walked away.

Herb Dean, who is arguably one of the best referees in MMA, was hesitant to stop the fight. Moments later, the fight was called after Lauzon walked towards his corner.

Lauzon stated that he was ready to continue the beating if need be.

“I think I kind of jumped the gun a little bit,” Lauzon said.“I hit him good a couple times. When I had his back, I spread him out and I think I tore something in his groin or something. He was fighting pretty hard, and then he let out like a squeal. And then he completely went flat. I felt like I had taken the life out of him. I hit him a couple times, and I thought he was unconscious. He looked out.”

“Herb Dean was right there,” Lauzon said. “I figured if he’s unconscious, I figured I’d just beat him to putting his hands on me and I walked away. He looked at him and was checking him out, and I was like, ‘He’s not going to stop this.’ So then I started to run over. But before I got there, he waved me off.”

No word on who his next opponent will be, but he looked great in this performance and should be exciting to see what he’ll do next time he’s in the Octagon.