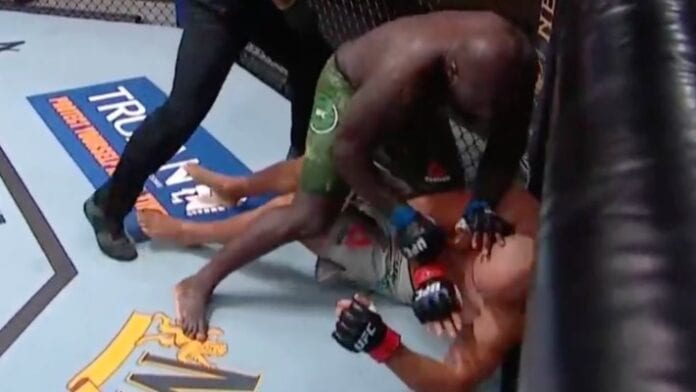 Jairzinho Rozenstruik returned to the win column with a bang.

Coming off a brutal first-round knockout defeat to Francis Ngannou in May, Rozenstruik put that behind him with a second-round TKO win over former heavyweight champion Junior dos Santos at UFC 252 on Saturday night.

Despite “JDS” having his moments, he was no match for Rozenstruik’s power as he dropped him twice en route to the finish.

What did you think of Rozenstruik’s finish?