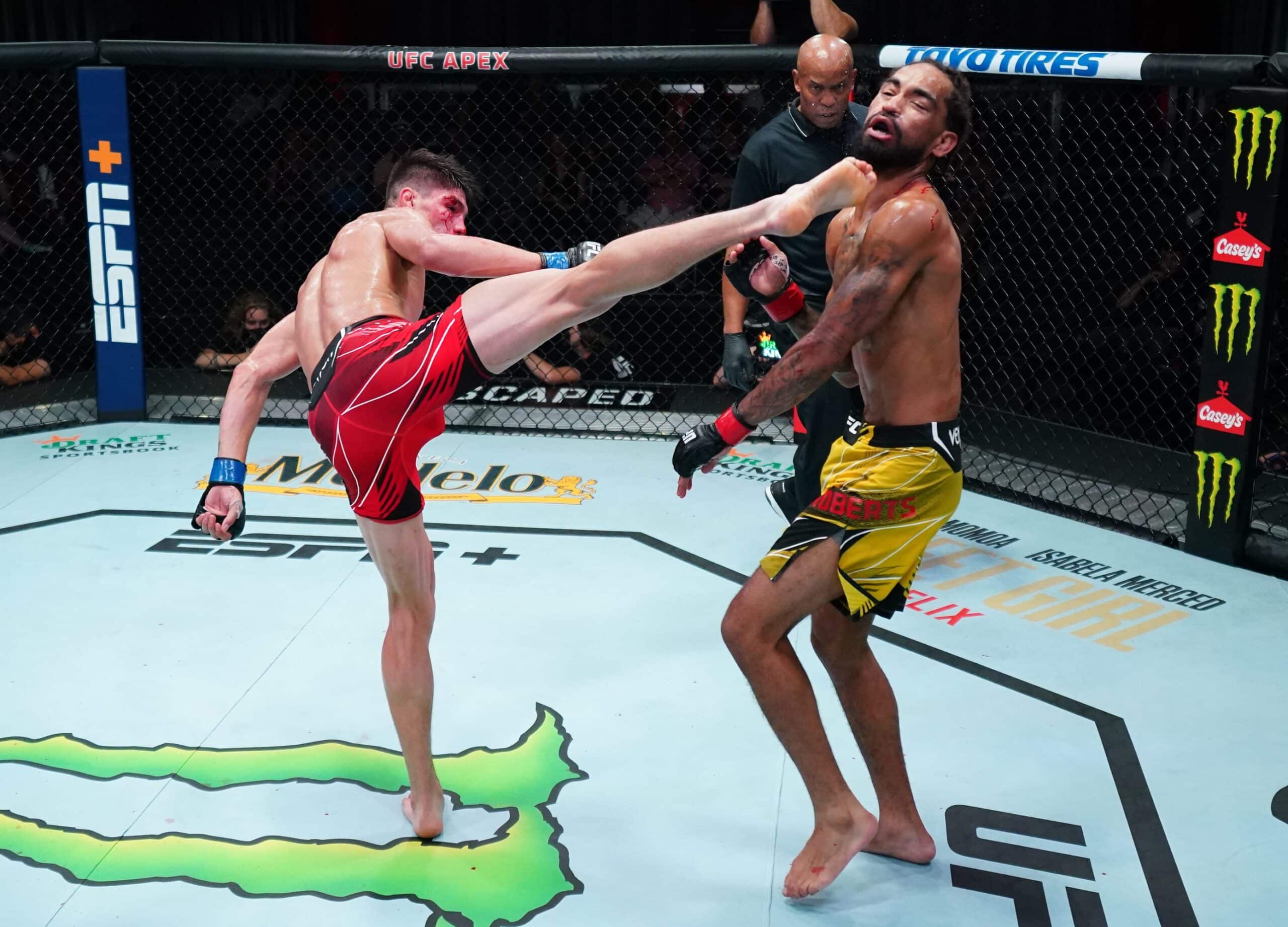 Chilean striker, Ignacio ‘La Juala’ Bahamondes has turned in a definite contender for Knockout of the Year on the preliminary section of UFC Vegas 34 — stopping Roosevelt Roberts with a stunning wheel kick with just five seconds remaining in their showdown.

Improving to 1-1 in the Octagon, Dana White‘s Contender Series alum, Bahamondes outstruck Roberts in the second round in particular, landing a vicious body shot of note which appeared to really nick the attention of the 27-year-old Miami native.

With just 10 seconds remaining in the round, Bahamondes and Roberts returned to the centre of the Octagon following an exchange at the fence, with the former launching a stunning wheel kick attempt from his left side — catching the latter square on the chin, sending him stiff to the canvas in a huge walk away knockout stoppage.