LowKickMMA.com
Home UFC News Hector Lombard: I Know I’m Going To Get Back 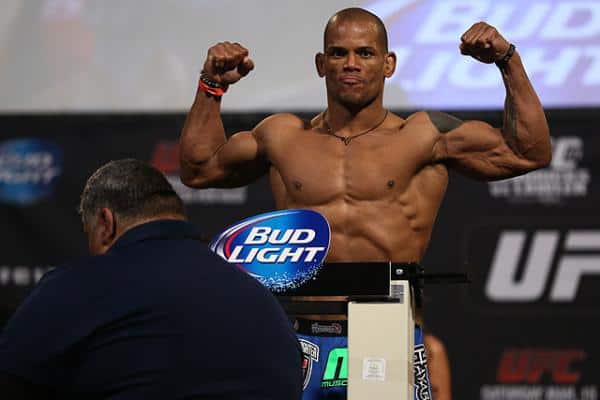 Heavy handed Hector Lombard was in line for the biggest fight of his life, a title eliminator bout with now title challenger Rory MacDonald at April’s UFC 186. However, Lombard’s career was flipped upside down when a UFC 182 post-fight drug test revealed that “Showeather” tested positive for performance-enhancing-drugs (PEDs).

Lombard was subsequently pulled from his scheduled bout, fined and suspended for a year by the Nevada State Athletic Commission (NSAC). Speaking with Submission Radio, “Showeather” claimed that he thought the substance would treat an illness he was suffering from, and he made a mistake taking something without fully knowing what it was.

Continuing on, he added that he’s eager to prove to everyone that he doesn’t need PEDs to compete at a high level and that he will be back. Despite the suspension and being pulled from a huge fight, Lombard admits that he’s most upset about missing the chance to compete at UFC 193 in his home of Australia:

“They always believed that I was on something, just because of the way I look and just my physical appearance. I wanna prove that I need none of that to compete at the highest level. I was stupid. I shouldn’t have listened to anyone. And it’s funny ‘cause Joe Rogan made a comment about it like, ‘he wanted to beat the system.’ I didn’t wanna beat no system. I mean, I thought that pill was to make me feel better and obviously it didn’t. But I will prove once again that there is Hector here for a long time. I know I’m gonna get back. I know that I’m gonna be fighting soon and I’m gonna be winning, but what devastates me the most is I wanted to fight so bad on the Melbourne card and all that is gone.”

By the time Lombard steps back in to the Octagon, he will be 38 years old and closing in on 40. Does he have a title run left in him, or did this suspension mark the beginning of the end for knockout artist?