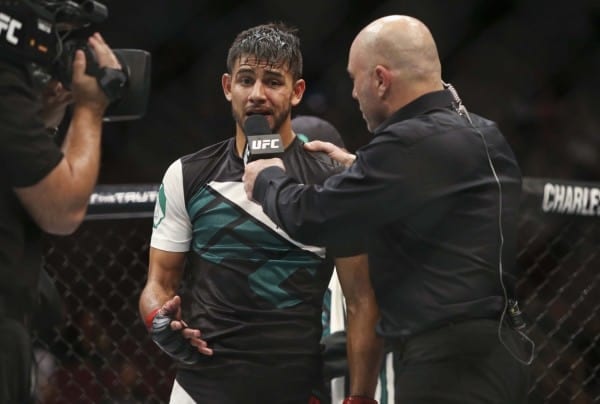 Highly touted featherweight Yair ‘El Pantera’ Rodriguez continued his ascent up the 145-pound talent pool with a lopsided decision win over Dan Hooker on the prelims of tonight’s (Sat., October 3, 2015) UFC 192 from the Toyota Center in Houston, Texas, but that doesn’t mean he escaped unscathed.

In his post-fight interview with Joe Rogan, Rodriguez revealed that he had fought and beat Hooker after acquiring a broken foot the first round. It’s unknown when The Ultimate Fighter (TUF) Latin America will return to the octagon, as the injury could require a lengthy recovery period.

Rodriguez’ right foot was badly swollen while he broke down his win to Rogan. Check out the gruesome injury courtesy of the UFC on Twitter: