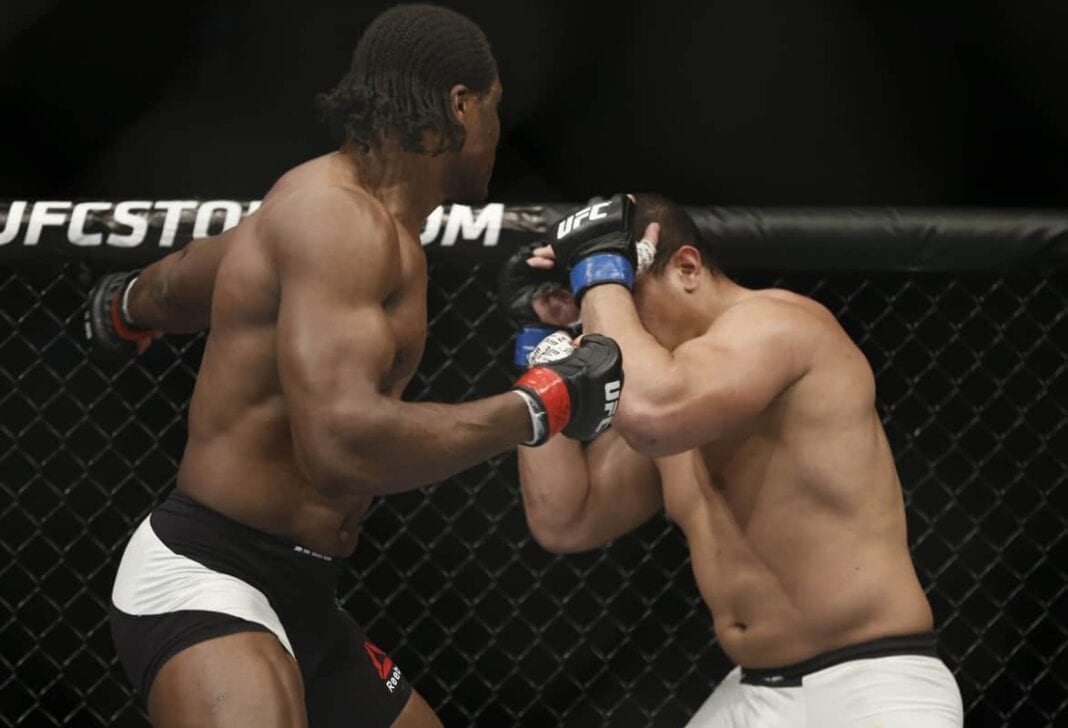 Making his UFC debut, Blaydes came out with a stiff punch that seemed to momentarily stun Ngannou. He went for a takedown but Ngannou defended it well, landing a decent knee in the clinch. The fighters felt each other out until Ngannou landed a hard straight left that wobbled Blaydes.

A big counter from Ngannou then seemed to rock Blaydes again, but he went to his wrestling in order to recover. “Razor” got a big takedown and looked to ground Ngannou with strikes, but “Predator” got back up to land a strong combination. He added another hard left as the bell sounded on the first.

Blaydes landed another jab to start the second, adding another that was harder. Ngannou then scored with a strong two-punch combo, and the two exchanged hard shots. Blaydes’ right eye was bloodied as he slipped and ate a straight punch. Blaydes got another takedown and side control, but Ngannou got up to take his back in a standing clinch.

Strikes landed from Ngannou and a jab from Blaydes. Ngannou scored with his straight and a big inside low kick, and he fended off a takedown attempt before eating a glancing knee as the second round came to a close.

The cageside doctor then looked at Blaydes’ eye in between the second and third, and decided to call it off to give Ngannou the TKO win.