LowKickMMA.com
Home UFC News Darren Till Reacts To Critics Who Talk About His Weight Issues 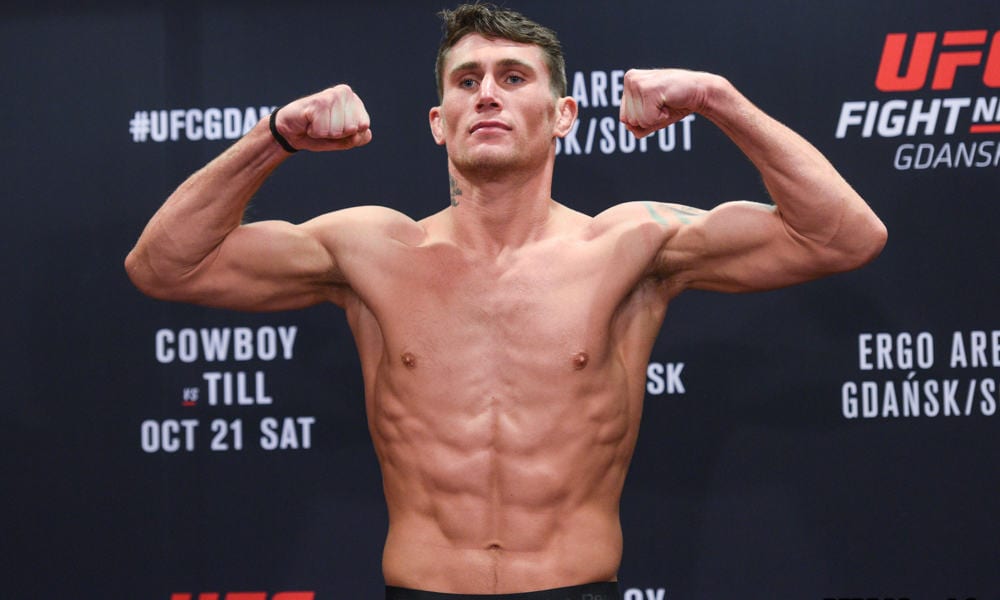 Darren Till reacts to critics who have been talking about his path to receiving a shot at the UFC welterweight title and how he will prove them wrong.

The rising title contender is slated to challenge UFC welterweight champion Tyron Woodley in the main event of the upcoming UFC 228 pay-per-view event.

Till is coming off the biggest win thus far in his pro-MMA career in the main event of UFC Liverpool event back in May that aired live on FOX Sports 1 at the Echo Arena. He picked up a unanimous decision win over former title contender Stephen Thompson.

Darren Till Reacts To Critics

“I just wish I had a hamburger in front of me, but it’s all sacrifices and I made a mistake last time. I just can’t wait to say f—k you to everyone who just keeps babbling on about weight and, ‘He didn’t make weight, f—k Till.’ F—k them.”

“If Usman’s there and ready, and by some chance I miss weight entirely. Tyron said he wasn’t going to fight him, I saw, but it is what it is,” Till said. “They’ve got their back-up. Usman, they’ve told him, he’s doing what he’s told. So I’m just not arsed.”

The UFC 228 pay-per-view event is set to take place on Saturday, September 8, 2018 in Dallas, Texas at the American Airlines Center. The main card will on pay-per-view at 10 p.m. ET. The preliminary card will air on FOX Sports 1 at 8 p.m. ET and the promotion’s streaming service, UFC Fight Pass.