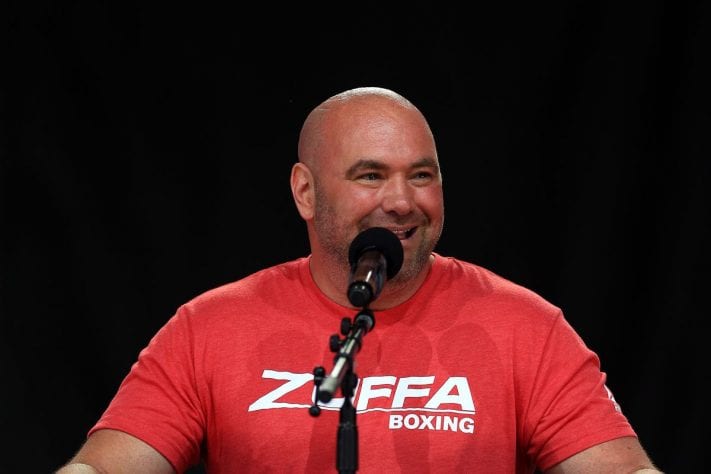 Logan Paul might not get to fight in the UFC after all.

Paul said earlier this month that he was excited about possibly securing a fight in the UFC. He has a high school wrestling background that he believes would serve him well inside the Octagon. Paul held a self-funded boxing event against fellow YouTube star KSI which was a success.

UFC President Dana White was asked about Paul possibly fighting in the UFC. White shot down the possibility, saying Paul would get “murdered” if he fought in the UFC (quotes via Bloody Elbow):

“That guy would get murdered here,” White said. “He would get hurt badly. If I ever let him fight in the UFC, I should be arrested.

“No hate for the kid. He’s built a great business for himself, great for him, it’s awesome. But trust me, don’t play around here. You will get hurt.”

White admits that Paul did a good job drawing viewers to he and KSI’s fight. However, it’s a whole different ball game in the UFC – and you can’t play around inside the Octagon:

“No hate for the kid,” White said. “Good for him. Look at the business that guy has built on YouTube and the number of pay-per-views they did on YouTube. They did 800,000 at $10 for two guys that fight fans have never heard of.

“He’s built a great business for himself, great for him, it’s awesome. But trust me: don’t play around here. You will get hurt.”