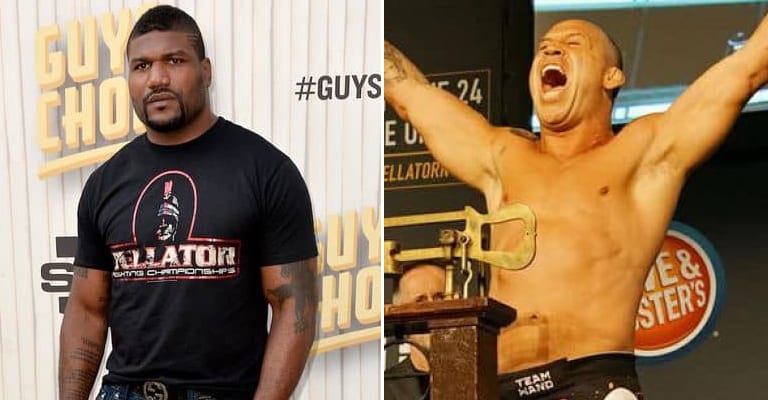 One of the most brutal rivalries in MMA history may have a fourth chapter between Quinton “Rampage” Jackson and Wanderlei Silva.

The two have fought three times before, twice in PRIDE FC, with Silva winning both of those bouts by knockout. However, “Rampage” got his revenge under the UFC banner, scoring a first-round knockout over Silva back at UFC 92.

Now, with both men under Bellator contract, Scott Coker is looking to put together a fourth fight between the two MMA legends (via MMA Fighting):

“That’s something that we’re talking to ‘Rampage’ about and talking to Wanderlei about. I would love to make that fight before the end of the year.

“We are working on the possibility of executing that fight down there.”

For his part, ”Rampage” is all for another fight with his old rival. Speaking to the press in February, Jackson made it clear as day that he would gladly accept another fight against “The Axe Murderer” should the opportunity present itself:

Coker says if the fight happens, it will likely occur at Bellator’s first-ever foray into the Brazilian MMA market. Under Coker’s presidency, Bellator has rapidly expanded into new territories like Israel and Italy. It’s only a matter of time before the Paramount-backed promotion makes its debut in Brazil, which has always been a hotbed of MMA talent.

”Rampage” currently fights between light heavyweight and heavyweight, most recently losing to Chael Sonnen in the first round of Bellator’s Heavyweight Grand Prix. Jackson has competed at heavyweight before, defeating Satoshi Ishii in 2016.

Silva has mostly fought at middleweight and catchweight bouts since dropping down from light heavyweight.

Who do you see emerging victorious between the two MMA legends in 2018 if they eventually meet under the Bellator banner?