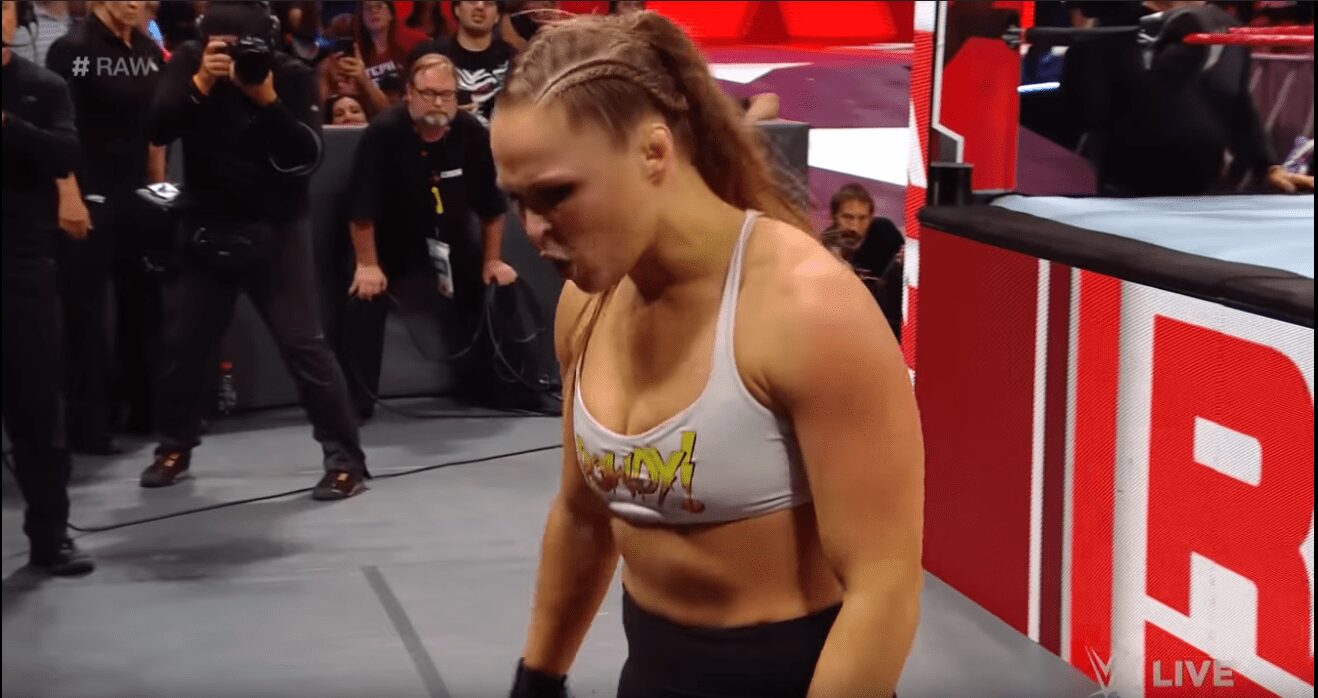 Rousey was the RAW champ heading into WrestleMania. Facing fan favorite Becky Lynch and Charlotte Flair in a winner-takes-all Triple Threat match, Rousey was rumored to be leaving the WWE after the match. That would most likely only take place if she lost.

Rousey came out smoking with her striking, nailing both women. But when she tried to lock on an armbar on Flair hanging from the ropes, she was drop-kicked to the ground by Lynch:

Rousey fought back with a flying cross body on both women:

But Lynch got Rousey in her own move, an armbar, when they were locked up against the post:

Lynch eventually won both titles by reversing a Rousey slam and pinning her shoulders to the mat. It was Rousey’s first pinfall loss in WWE: