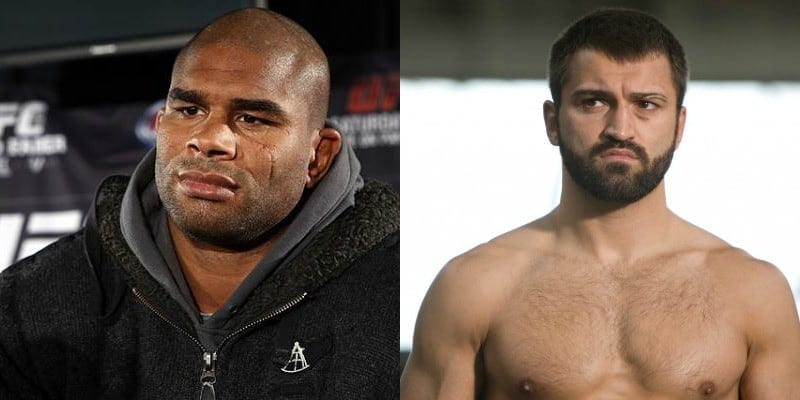 Former DREAM and Strikeforce heavyweight champion Alistair “The Reem” Overeem made headlines earlier this week when he announced that he would be remaining with the UFC despite testing free agency.

“The Reem” also said that he would be headlining a Fight Night card on May 8, 2016 in Rotterdam, the Netherlands, but an opponent was unknown at the time.

Well, it now looks as if the No. 3-ranked Overeem has found his opponent, as he will clash with teammate and former UFC champion No. 5-ranked Andrei “Pitbull” Arlovski.

“The Reem” has been on a tear as of late, winning three consecutive bouts including two by way of stoppage. He most recently picked up a spectacular TKO victory over former divisional kingpin Junior Dos Santos at last December’s UFC on FOX 17.

After some time away from the promotion, Arlovski returned to the Octagon in 2014 and quickly rattled off four straight wins over the likes of Brendan Schaub, Antonio Silva, Travis Browne, and Frank Mir.

Looking revived and rejuvenated, the “Pitbull” was on the cusp of a title shot before he ran into Stipe Miocic at last month’s UFC 195. Miocic essentially bulldozed through Arlovski in just 54-seconds.

Coming off a brutal loss, the Belarussian striker has a golden opportunity to remain in title contention in this bout with Overeem. “The Reem”, on the other hand, will look to add another key name to his resume on his trek to a shot at gold.

Who do you see winning this one?