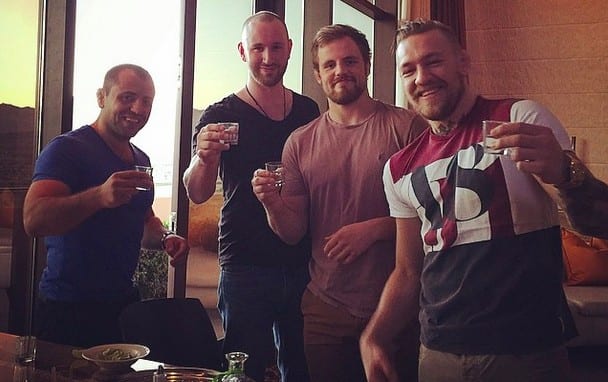 He’s been that way since his bonus-earning win in 2013, and it’s only gotten exponentially more so with each passing victory as he skyrocketed up the rankings ladder to earn a title shot in record time.

So of course he’s going to enjoy his time to shine, and today (Sat., August 15, 2015) it looks like his friends are going to benefit as well.

McGregor’s good friend and training partner, Icelandic welterweight contender Gunnar Nelson just tweeted this picture of an extra special birthday present that McGregor and the UFC got for him. Check it out:

Just got a Harley for my birthday!! Thanks so much @TheNotoriousMMA @danawhite @ufc and @harleydavidson ? pic.twitter.com/VaDajZDnHE