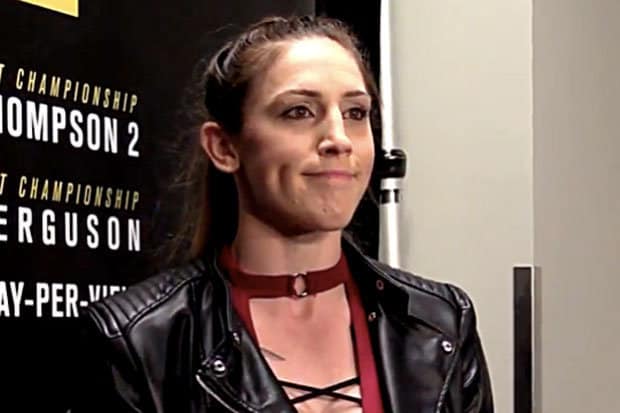 Megan Anderson returns to MMA competition inside of the Octagon this coming May.

On Tuesday, The Canadian Press reported that a women’s featherweight bout between Anderson and octagon newcomer Felicia Spencer is on tap for the UFC Rochester event.

Anderson made her promotional debut when she lost to former UFC women’s bantamweight champion Holly Holm at the UFC 225 pay-per-view event. Coming into this fight, the former Invicta FC featherweight champion was on a four-fight winning streak.

Her latest fight ended in controversy as she beat Cat Zingano by TKO due to an eye injury at UFC 232 last December.

On the flip side, Spencer will vacate her Invicta FC title in order to make the jump to the UFC. She has finished four of her six wins and is fresh off a win by submission over Pam Sorenson in November.

UFC Rochester is set to take place on Saturday, May 4, 2019, at Blue Cross Arena in Rochester, New York. The main card will air on ESPN+. The preliminary card will air ESPN+.