LowKickMMA.com
Home MMA News Khabib Nurmagomedov Wants Fedor Back In The UFC, No Where Else 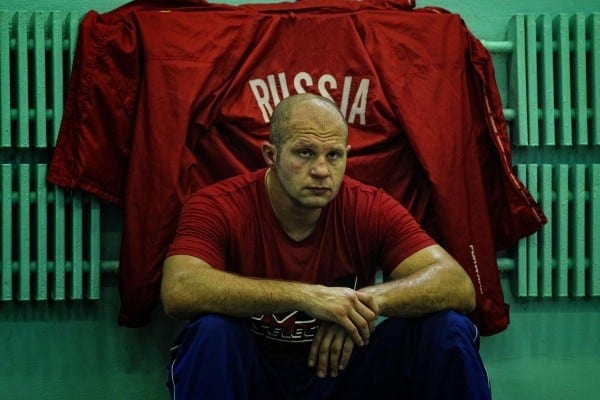 It seems as if fans, fighters, and media members are excited for the most part, or at least curious, about the return of mixed martial arts (MMA) legend Fedor “The Last Emperor” Emelianenko.

Some, however, are also a slight bit concerned about what promotion the Russian will end up in and how Emelianenko will fair in today’s MMA landscape. Top lightweight contender, and Dagestani-born wrestler Khabib “The Eagle” Nurmagomedov recently spoke on the topic, saying that he is excited to see Emelianenko return, but he doesn’t want him in Bellator, he wants “The Last Emperor” to return to the UFC:

“I grew up fighting Fedor and would very much like him to come back,” Khabib said on his official VK account (Via Bloody Elbow). “However, I don’t want him in Bellator, but in the UFC. All the men whom he lost to serve in that organization.”

“The Eagle” is right as there would indeed be many interesting rematches in the UFC for Emelianenko. Although many consider the former Pride champion to be one of the best fighters of all-time, he did suffer some losses at the end of his career, and some of those loses could be avenged inside of the Octagon.

Nurmagomedov even went on to put together a UFC game plan for Emelianenko:

“For starters, you can arrange a rematch with Bigfoot – it’s a good fight for the return. Then it would be interesting to put Fedor in the main event of the UFC’s first trip to Russia with Dan Henderson. And then the fight for the title with Werdum if he will still be champion. Those who are closely watching MMA understand that all this is real.”

At the end of the day, the lightweight contender hopes that Emelianenko knows that the game as changed, but Nurmagomedov wished “The Last Emperor” good luck:

“I hope Fedor understands that mixed martial arts has changed a lot. In any case, I wish him good health and good luck.”

Where should Emelianenko fight upon his return?