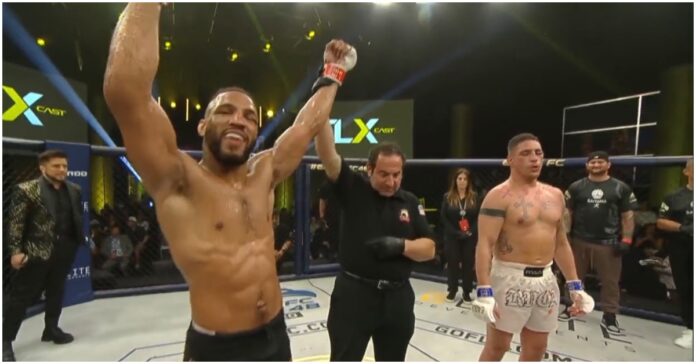 Kevin Lee and Diego Sanchez went toe to toe in their Eagle FC debuts. Lee was able to beat Sanchez via unanimous decision in a very competitive fight.

Diego Sanchez came out of the gates ready to throw down with Kevin Lee. Sanchez invested in leg kicks and body kicks early in the fight. ‘The Motown Phenom’ was able to maintain distance with his striking and dictate where the fight took place throughout the first round.

‘The Nightmare’s investment in leg kicks paid off as Lee’s lead leg was compromised throughout the fight. The leg kicks forced Lee to switch stances in the second round.

Lee was able to overcome the adversity and was able to power through for a win in a competitive fight. Sanchez looked much better than he had in prior fights.