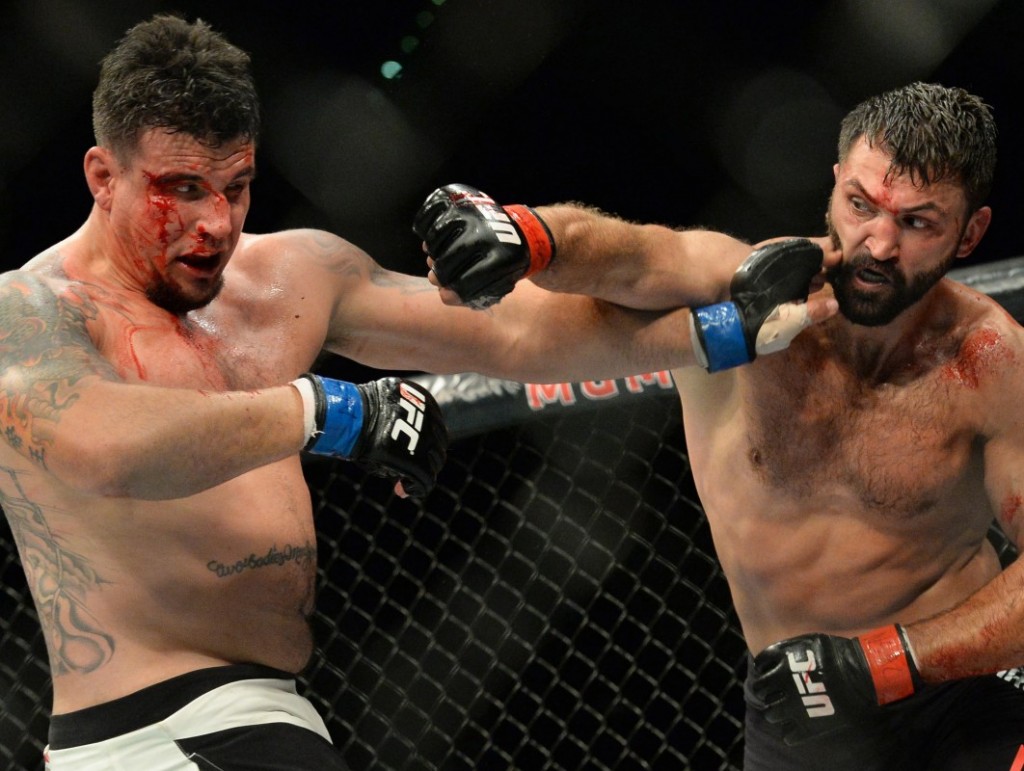 Arlovski was arguably in line for a title shot with three straight wins over Travis Browne, Antonio Silva, and Brendan Schaub, but when news arrived that Cain Velasquez would get an immediate rematch with new champion Fabricio Werdum, his hyped co-main event bout with the equally resurgent Frank Mir was disappointingly more like his UFC 174 clinch-fest with ‘Big Brown’ than his scintillating knockout finishes of ‘Bigfoot’ and ‘Hapa.’

The close and uninspiring decision win, a bout where Arlovski admitted to underestimating Mir, certainly isn’t going to get him the next title shot. That distinction could go to the winner of Junior dos Santos vs. Alistair Overeem, or even the winner of Stipe Miocic vs. Ben Rothwell. Whichever winner doesn’t get the title shot should be next for Arlovski, but the UFC is known for going in strange directions at times.

That could mean there’s a chance that ‘The Pitbull’ meets the winner of September 27’s Josh Barnett vs. Roy Nelson bout. Either way, there are some interesting bouts awaiting Arlovski when he corrects the mistakes he made last night and returns to the octagon to continue his quest for a title shot.