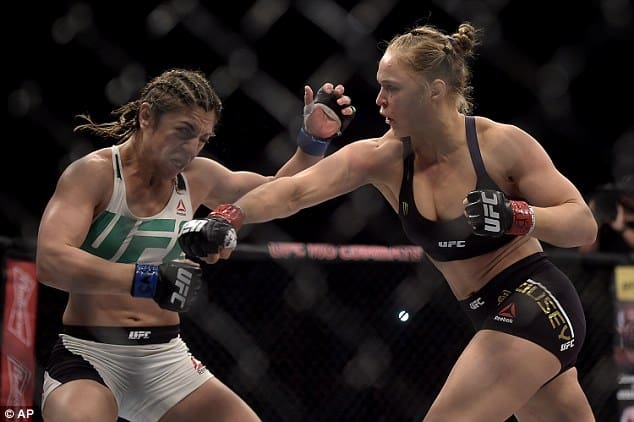 Ronda Rousey is set to take on Holly Holm in the main event of tonight’s (Saturday, November 14, 2015) UFC 193 from Etihad Stadium in Melbourne, Australia, as the biggest multimedia star that mixed martial arts (MMA) has ever seen.

“Rowdy” largely owes that to the massive amount of popularity she gained by defeating Bethe Correia in the main event of August 1’s UFC 190 from Rio de Janeiro, Brazil, after a long and drawn out feud with the Brazilian fighter who defeated two of her ‘Four Horsewomen’ teammates and also allegedly made light of the fact that her father killed himself.

It was a 34-second knockout that absolutely skyrocketed Rousey’s popularity to the never-before-seen level of exposure she enjoys today. Watch the full fight here: