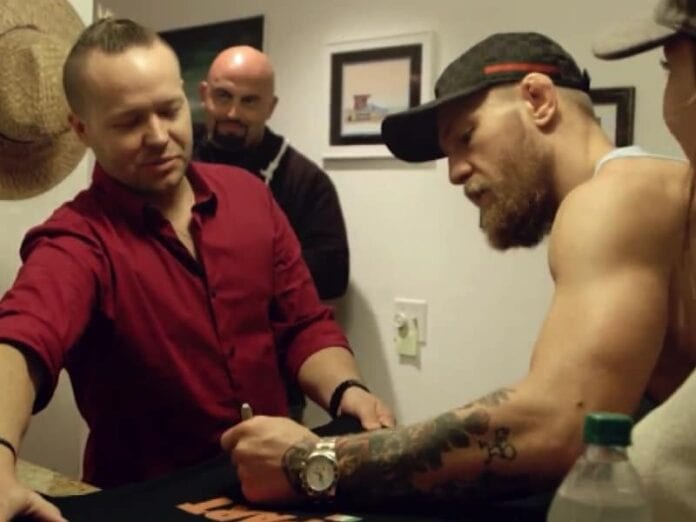 With only a few short days remaining until his blockbuster clash with Nate Diaz at Saturday’s UFC 196, UFC featherweight champion Conor McGregor continues to make an impact upon the mixed martial arts (MMA) world like no other fighter has before.

In true ‘Notorious’ style in a recent video released by TMZ today, McGregor saw a fan in Los Angeles displaying a cardboard cutout of him with an Irish flag. McGregor promised to come visit the fan the next day while driving through town in his Rolls Royce, and he delivered on his promise.

What followed was understandably quite the moment for the McGregor superfan, and it also showed how far McGregor is willing to go for those that cheer for him. Check it out right here: